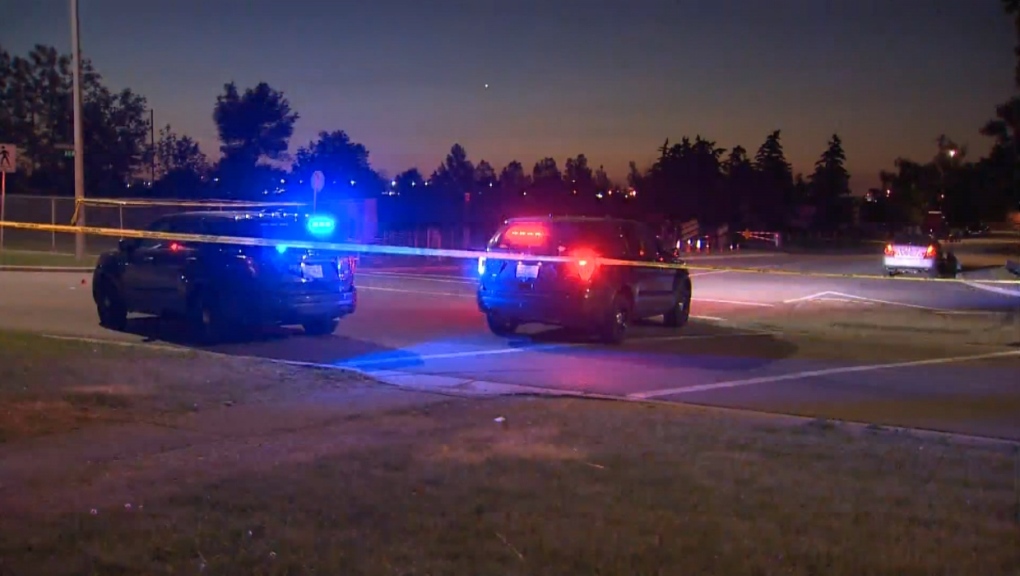 Calgary police investigate after a pedestrian was hit by a vehicle on Fourth Street N.E. between Bedfield Gate and Huntstrom Drive on July 28, 2022.

A 23-year-old Calgary man has been charged in connection to a summer crash that killed a pedestrian in the community of Huntington Hills.

The collision happened on Fourth Street N.E. between the two entrances to Huntstrom Drive at 2 a.m. on July 28, 2022.

Police say a woman was skateboarding in the southbound lane of Fourth Street when she was hit by an Infiniti M35X.

At the time, police noted there's no sidewalk in the area.

The driver remained at the scene. Neither he nor his passenger, a man in his 20s, were injured.

The pedestrian, whose name and age have not been released, was pronounced dead at the scene.

Police say both alcohol and excessive speed on the part of the driver are believed to be factors in the crash.

Austin James O'Bray is charged with operation of a vehicle with a blood alcohol concentration over 80 milligrams causing death.

He is scheduled to appear in court on Feb. 13.