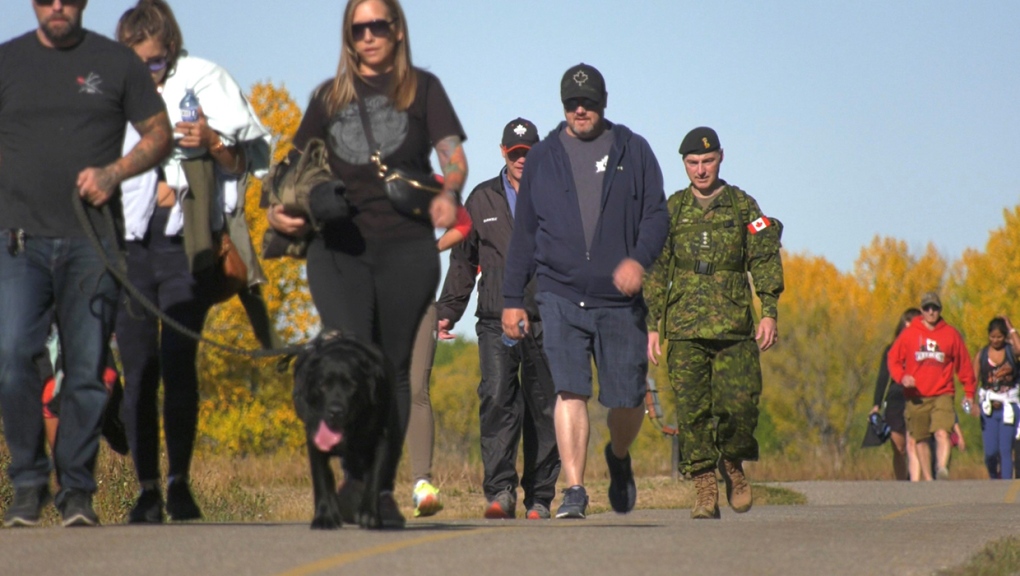 The five-kilometre walk aims to raise awareness of the plight of Canadian veterans, first responders, and foreign nationals who have supported Canadian troops in conflict zones such as Afghanistan, Bosnia, Rwanda, and other peacekeeping missions.

Active and retired Calgary members of the armed forces gathered alongside their families and friends at South Glenmore Park Saturday morning for the fifth annual Canadian Walk for Veterans.

The five-kilometre walk aims to raise awareness of the plight of Canadian veterans, first responders, and foreign nationals who have supported Canadian troops in conflict zones such as Afghanistan, Bosnia, Rwanda, and other peacekeeping missions.

"The whole purpose is to support these veterans and when somebody says something can’t be done, these men and women don’t take no for an answer and they look after each other," said Murray Marshall.

The proud father walked Saturday in honour of his son, Sapper Steven Marshall of Calgary, who died at the age of 24 on October 30, 2009 while on foot patrol in the Panjwal district in Kandahar, Afghanistan. 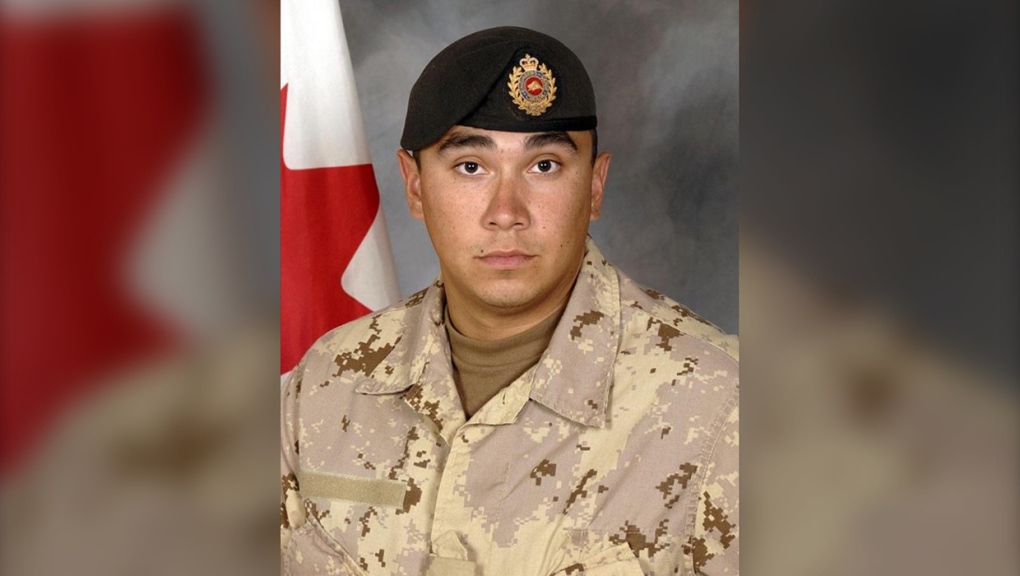 The proud father walked Saturday in honour of his son, Sapper Steven Marshall of Calgary, who died at the age of 24 on October 30, 2009 while on foot patrol in the Panjwal district in Kandahar, Afghanistan.

"One of the biggest issues these veterans have is that when they come home, they’re expected to just turn it off, all the horror they’ve seen," added Marshall.

"So when these veterans came home and found out that there was little support for them, they created their own and there’s no not getting it done."

More than 80 people participated in Calgary’s event which is one of 11 walks being held across Canada with hundreds more supporting the initiative for veterans donating pledges online.

Employment is of major importance according to Andrea Chant with the Order of St. George.

She says her team’s mission is to better the health and well-being of members of the Canadian Armed Forces, Veterans and their families, and supports the Canadian Cadet and Junior Ranger Programs.

"A lot of our veterans come back from conflicts with post traumatic stress disorder (PTSD) and, and other ailments so this walk is also to support that too," said Chant.

Veterans like Dean Compton for example still suffer from PTSD.

The former corporal with the First  Battalion Princess Patricia’s Canadian Light Infantry served in both Cyprus and Croatia before retiring in 1996, but the psychological wounds of conflict remain.

"Many veterans committed suicide because of not getting the help they need so things like the physical disabilities are easier to take care of, because it's something that can be fixed or amended," he said.

"But mental health issues and PTSD along with other challenges we’ve been through is still difficult and many of the guys that went to Afghanistan and in my generation still suffer."

The organizer of this year’s walk in Calgary was Gene Kushnir who currently serves as the commanding officer of 604 Royal Canadian Air Cadet Squadron and serves as Honourary Military Aide de Camp to the Lieutenant Governor of Alberta.

He says veterans served much of their life to fight for the freedom of millions of Canadians, yet many of them are unable to make ends meet upon returning to civilian jobs.

"We have a lot of veterans that leave the military and unfortunately some of them are found to be homeless or they're in need in some way or another."

"Hopefully in the next years to come we can just keep growing and growing and getting bigger and bigger by raising more funds for all veterans’ organizations."

The Canadian men’s national team return to the FIFA World Cup pitch on Sunday to face Croatia, where they must pick up at least one point or risk elimination. CTVNews.ca will follow the match live.