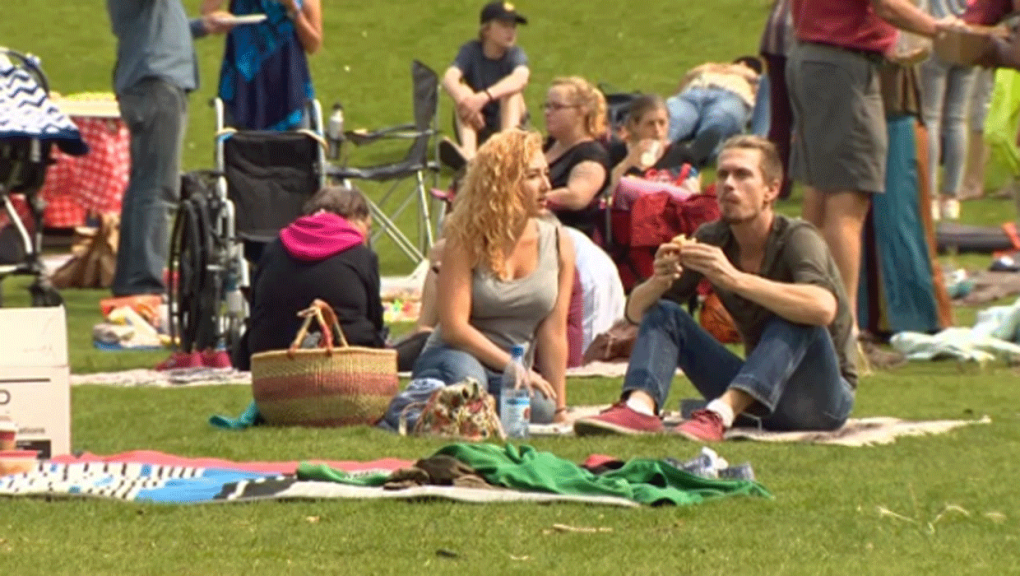 The City of Calgary's alcohol in the parks pilot project was launched June 1 through Sept. 7. Calgarians were able to drink alcohol at 30 designated picnic tables at different parks
CALGARY -

To cap off a successful first season of the alcohol in parks program, a city committee voted this week to see it expanded next year.

A pilot project was launched in June that saw alcohol allowed at 58 tables in parks across the city, which resulted in more than 1,500 bookings, and only two complaints.

A survey found 65 per cent of respondents said they support the program, and 36 per cent said they were likely to use it next summer. Many of those in favour say the program is welcome as they don't have a back yard of their own.

A report to the committee recommends whole parks be designated to allow for alcohol consumption in addition to bookable sites at other parks.

The matter will now go before council as a whole.