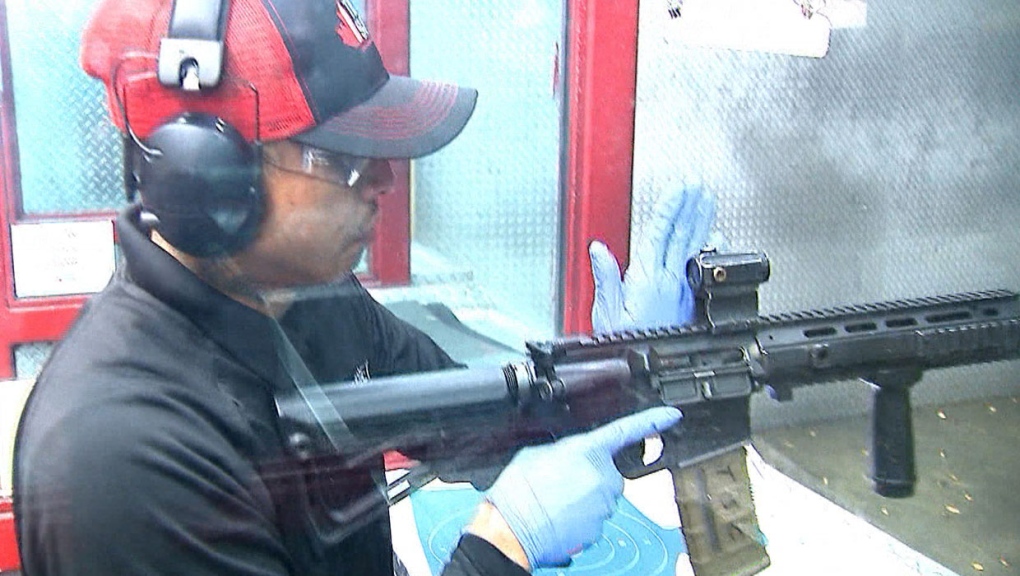 CALGARY -- Two Calgary gun shops are taking on the federal government's ban on more than 1,500 types of guns, calling it a violation of rights.

The Shooting Edge and Sterling Arms International Inc., along with James Cox and Steven Arena, the directors of each of the businesses, contend the Trudeau government violated the Constitution when it introduced the assault weapon ban.

In the court document, the applicants say the section of the Criminal Code used to reclassify the weapons is not intended for that use and is therefore illegal.

"The initial argument is that the manner in which the firearms ban came into law was done by way of what's called an order in council," said Greg Dunn, one of the lawyers who represents the applicants. "An order in council is essentially a decree that's issued by cabinet. It's not in front of the House of Commons, it's not in front of Parliament, it's essentially the Liberal government saying, 'We've decided all these firearms are illegal.'"

Dunn says that means the government overstepped its Constitutional boundaries.

He adds the lawsuit is about fighting for people's democratic rights and being fair to gun owners.

"They've been told by the RCMP that they can own them and that they're legal. Then the Liberal cabinet comes in and decides, without any sort of parliamentary oversight, that they're now going to be illegal."

The stores are seeking an injunction to block the assault weapon ban until the court challenge can be heard.

The date for the hearing has not been set.