Calgary theatre companies announce plans to head back to the stage 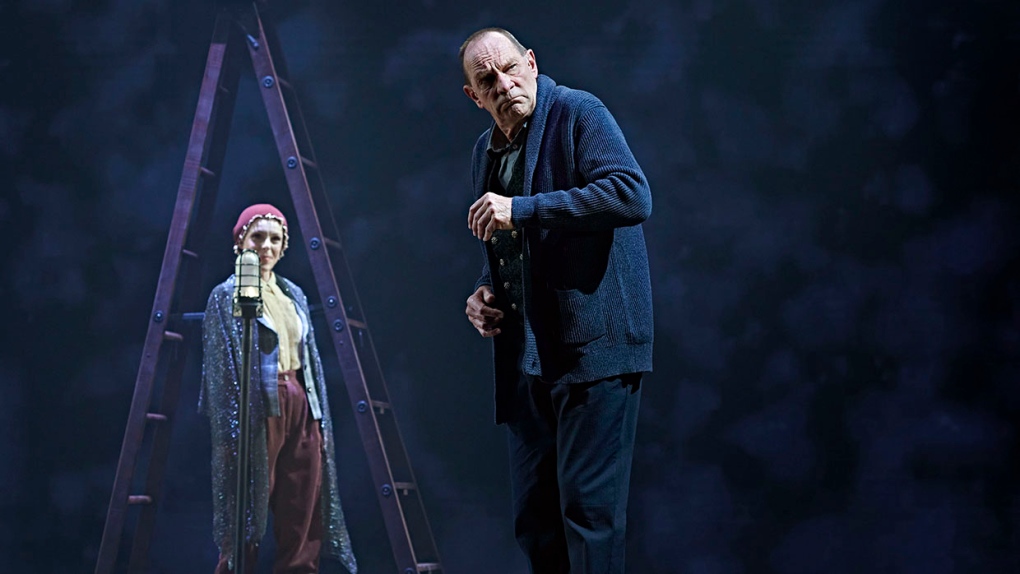 Theatre Calgary returns to the stage in 2021, including a live presentation of A Christmas Carol, starring Stephen Hair as Scrooge
CALGARY -

Calgary theatre is coming back in some tried and true ways, and a few new ones, too.

Over the past few weeks, Theatre Calgary, Vertigo and Lunchbox have all announced a return to in-theatre productions featuring live audiences, most of which will commence in late October and mid-November, followed by the return of the High Performance Rodeo in mid-January.

On the other end of the spectrum, a small Calgary independent theatre is jumping the line this week to present a livestreamed one-act play about the political world at the same time Canadian politicians are criss-crossing the country looking for support ahead of next Monday's election.

From the looks of things, it will be a season of theatre featuring mandatory masks, and social distance although the question of vaccination status remains to be determined in some cases.

"We have worked hard to keep the mystery alive over the last year and half, and we have missed having you in our theatres ," said Vertigo artistic director Craig Hall in a message announcing the new season on Vertigo's website. "'Live' and 'in-person' are intrinsic parts of who we are, and what we do. To welcome you back, we have created a season full of puzzles begging to be solved, thrills that will catch you off guard, and mysteries that defy expectations."

"The only missing ingredient is you."

Vertigo Mystery Theatre announced its 2021-22 season Friday with a mixed media offering that includes a return to the stage of the beloved Agatha Christie, a radio drama featuring music by a star, a world premiere by a pair of Calgary playwrights, and another featuring the unforgettable Sherlock Holmes and a comic-mystery adaptation of one of the most popular board games ever.

The season kicks off Nov. 13 with a presentation of Agatha Christie's Murder in the Studio, a stage adaptation of three of Christie's radio dramas.

On Jan. 15, the theatre will premiere Cipher, by Calgarians Braden Griffiths and Ellen Close.

On March 5, the theatre will present the world premiere of Sherlock Holmes and the Vanishing Thimble, by R. Hamilton Wright, and on May 7, a production of Clue, adapted from the popular board game.

But before all of that, there will be an audio presentation of You Shouldn't Be Here, a Vertigo Radio Mystery, by Daniel Handler with music by Torquil Campbell of the Stars. It will open in October.

Vertigo will require proof of vaccination and ask patrons to wear a mask at its shows. Murder in the Studio will feature socially distanced seating, while the remainder of the season will feature 100 per cent seating capacity.

Over the past week, Theatre Calgary announced a truncated season that will kick off Oct. 19 with a live production of the third installment of Rick Miller's popular Boom shows, called Boom YZ. 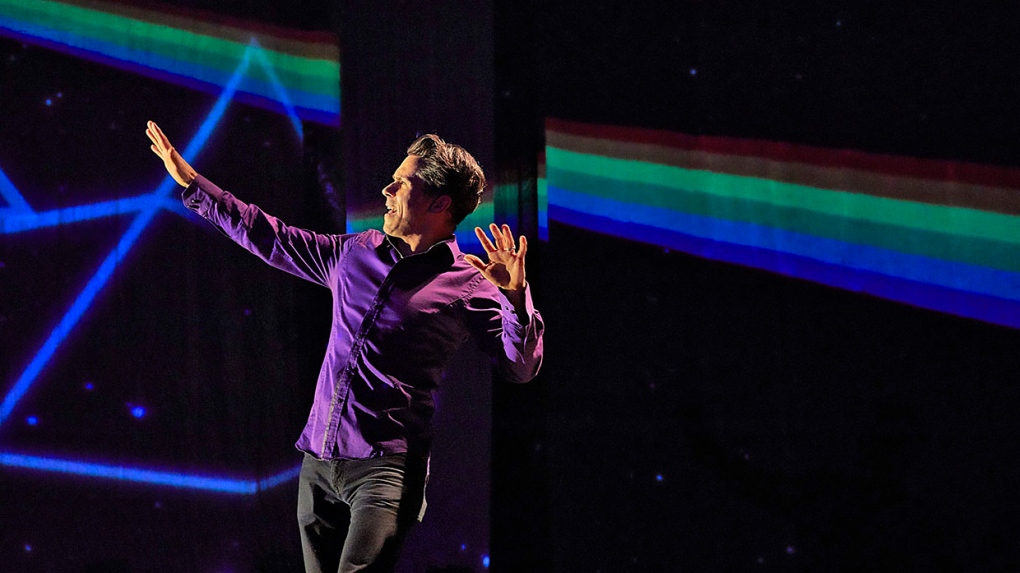 That will be followed by a live production of its mini three person production of A Christmas Carol, which it livestreamed in 2020.

In 2022, there will be a production of Steel Magnolias, directed by Val Planche that opens March 8.

To wrap the season, it will be Million Dollar Quartet, a mini-musical featuring the music of Jerry Lee Lewis, Johnny Cash, Carl Perkins and Elvis Presley in mid-April.

Monday, Lunchbox announced its 2021-22 season will kick off in late November with All I Want for Christmas, a new comedy from Blind Date creator Rebecca Northan, directed by the company's new artistic director Bronwyn Steinberg.

Following that, Lunchbox, in conjunction with the High Performance Rodeo, will present Flora & Fawna Have Beaver Fever (and so does Fleurette!), by Edmonton's Darrin Hagen and Trevor Schmidt. 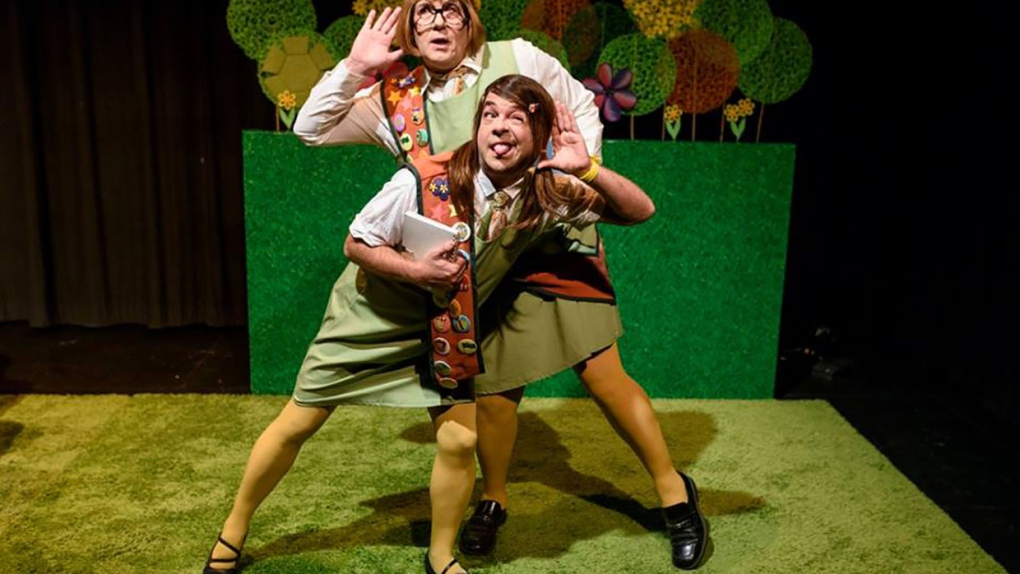 Flora and Fauna Get Beaver Fever

That's followed in May by the premiere of Shark Bite by Meredith Taylor-Perry, on May 10, before Lunchbox's season concludes with a 20th anniversary production of Cheryl Foggo's Heaven, opening June 7.

Masks and proof of vaccination status (except for those with exemptions) will be required for admittance to Lunchbox shows.

One Yellow Rabbit will co-present bliss (the birthday party show), a show created by Calgary's Verb Theatre, which opens Oct.28 and then on Jan. 17, the High Performance Rodeo itself  returns with a month of live performances.

Alberta Theatre Projects interim artistic director Haysam Kadri said in an email that the company will announce its plans in early October.

RIPPED FROM THE HEADLINES

Meanwhile, this week a Calgary indie theatre company, Unit 2 Studio, is presenting Digby and Glass, a one act with political overtones by David Ellis Heyman via livestream.

The local presentation, performed by Val Duncan and produced by Wil Knoll, is a story about a political operative and far she's willing to go to get what she wants.

Heyman may have some insider info on that sort of scenario, as he worked for the Stelmach and Alison Redford administrations, after spending over a decade working for Postmedia as a reporter.

It all feels perfectly timed to the present moment, what with a federal election coming up Monday followed by a municipal election Oct. 20 and it's only one chapter of Heyman's political theatre catalogue: he also has written a musical about Canada's fifth prime minister, John Thompson, who was poised to give women the right to vote 20 years before it actually happened, but died before it could be voted on in the House of Commons.

Knoll discovered Digby and Glass on The Canadian Play Thing, and thought it would be fun to produce, but the pandemic made that difficult. 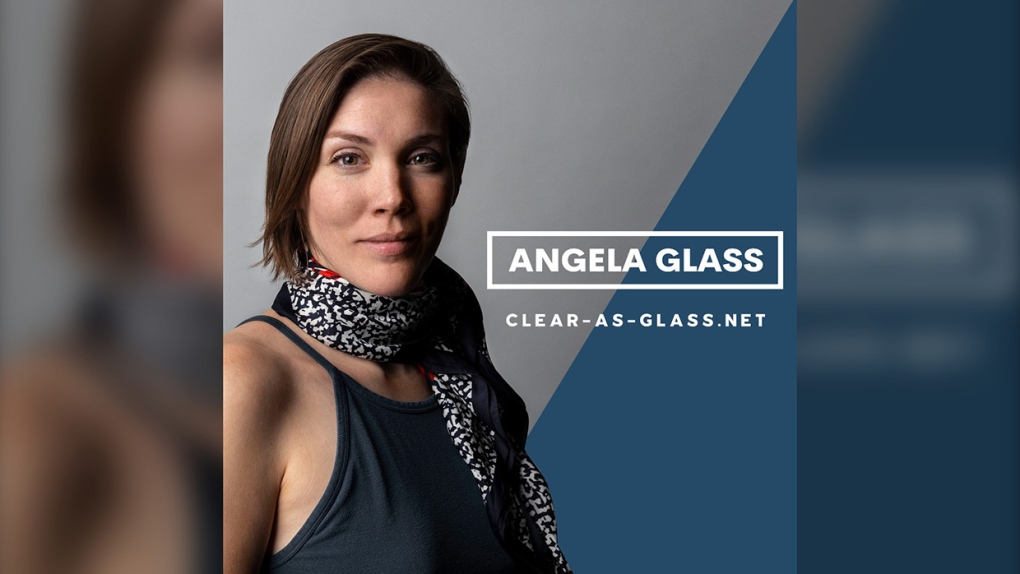 Val Duncan stars in Digby and Glass, a one play being livestreamed Sept. 15-18

Instead, he's taking a two person camera crew to a Calgary park and doing a live feed of the 30 minute long, one person show Wednesday through Saturday, weather permitting.

"It isn't all weather-proof," Knoll said."If its bad weather, we're going to have to call the show (off)."

For more information, go to: https://fb.me/e/2EglwQlkD

A rescue operation is underway Monday for 39 people stuck underground at Vale's Totten Mine in Sudbury, Ont., CTV News has confirmed.

R. Kelly, the R&B superstar known for his anthem 'I Believe I Can Fly,' was convicted Monday in a sex trafficking trial after decades of avoiding criminal responsibility for numerous allegations of misconduct with young women and children.

First-time MPs get first taste of their new jobs

Newly-elected MPs caught a first glimpse of what their new roles in Ottawa will entail, participating in the initial phase of the House of Commons orientation program on Monday.

Homicides in the U.S. in 2020 increased nearly 30% over the previous year, the largest one-year jump since the FBI began keeping records, according to figures released Monday by the agency.

Ontario man out $18,000 after being tricked into thinking he won lottery he never entered

It was a phone call that came out of the blue. An Ontario man was told he had won $3.5 million in a lottery he never entered.