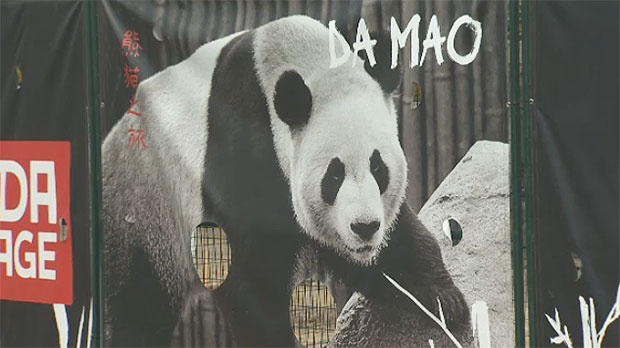 Guests to the Calgary Zoo will be able to enjoy a new exhibit featuring a couple of animal additions as well as one that hasn't been on display since late last year.

Officials say the facility will be holding a grand opening for its new "Gateway to Asia" building on Thursday.

Formerly known as "Panda Passage," the new area will be home to two new members of the zoo family: the Malayan tapir and white-handed gibbons.

It's also where the Komodo dragons will be found, after having been moved because of the COVID-19 pandemic.

The bears had been on loan from the Chinese government and previous spent a number of years on display at the Toronto Zoo.

However, once the COVID-19 pandemic hit, the pandas were taken off display as the Panda Passage was closed to the public.

In early 2020, the younger pandas were taken back to China for a breeding program while a food shortage resulted in Er Shun and Da Mao being sent back in November 2020.

The pandas were to be on display at the Calgary Zoo until 2023.

Further details about the new exhibit can be found on the Calgary Zoo's official website.