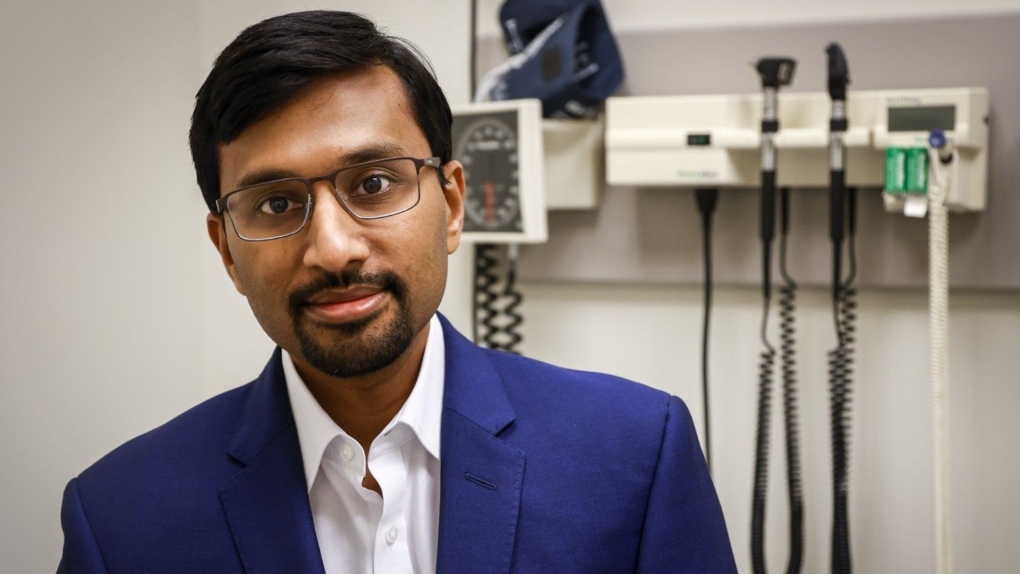 The first year of the COVID-19 pandemic in Alberta saw fewer stroke patients, but a higher number of stroke-related deaths, according to new research.

The study, published Monday in the Canadian Medical Association Journal, was conducted by a team of eight doctors and other researchers across the province.

"One of the things that we began to realize within the first few months of the pandemic … is that there seemed to be a decline in the number of people presenting with acute strokes," lead author Dr. Aravind Ganesh, a neurologist at the University of Calgary, said in an interview.

Several countries, he said, had started noticing a trend of fewer people seeking emergency care for a variety of medical issues during the pandemic.

"The question that people started asking was whether the … public health restrictions that we had implemented as a result of the pandemic might be having some unintended consequences of dissuading people from attending at the hospital for emergencies like stroke and heart disease," said Ganesh.

"So, the premise for this study came from this very legitimate worry on our part."

Researchers looked at data for 19,531 Alberta patients from January 2016 to February 2020 and another 4,900 patients during the first year of the COVID-19 pandemic.

"In the first wave of the pandemic in Alberta, we had quite a decline in the number of people who were presenting with acute ischemic stroke — that's strokes because of blood clots in the brain," explained Ganesh.

"Along with that, we also found that the use of stroke therapies … declined by about the same amount."

Researchers also found that the number of patients with stroke symptoms did not return to pre-pandemic levels after the first wave in spring 2020.

"Especially during the second- and third-wave periods of our study, when COVID-19 cases surged, we expected to observe an increase in stroke presentations instead of declines," they write in the study.

Ganesh said he and other researchers were able to look at what happened to those patients by studying how many people died due to strokes.

"We found those out-of-hospital deaths ended up rising four out of the five time periods in the pandemic," he said. "We ended up being able to find some of these missing strokes that way."

Similar results were found in hospitals.

The study looked at population-level data, so it's not clear why people decided not to seek treatment.

"Is it that people were waiting to seek help until their strokes became more severe?" he asked.

Ganesh said researchers don't know for sure, but they believe people were trying to avoid hospitals.

"We suspect it was hospital avoidance because of the out-of-hospital deaths that we found."

He said the results of the research weren't all bad.

"We actually did end up catching up later on in the pandemic," said Ganesh.

He said public health officials and doctors also worked to remind people to go to the hospital for emergencies.

"What we've understood is that we really need to think critically about the kind of public health messaging we do during the pandemic."

This report by The Canadian Press was first published March 28, 2022

The first teaser trailer for the long-awaited 'Super Mario Bros. Movie' is here — but a lack of Italian flair in Mario’s voice is leaving some fans feeling like they just got hit with a Koopa shell.