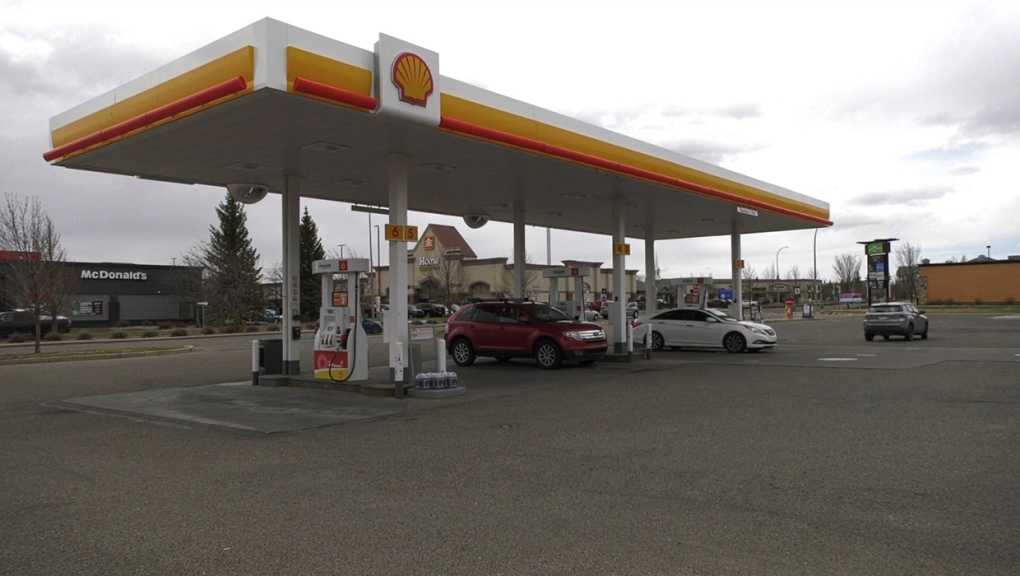 According to GasBuddy.com , gas prices currently in the Lethbridge area are around a $1.73 per litre.
LETHBRIDGE, Alta. -

It's not uncommon to get rain or snow on May long weekend in parts of Alberta but those hitting the road in the coming days may be checking more than just the forecast. High gas prices are leaving some tourist destinations in southern Alberta worried for what the summer has in store.

“There are worries in the month of May and early June, that's when we rely heavily on (visitors from) Alberta. B.C. Saskatchewan, sort of local Canadians moving around,” said Shameer Suleman, president of the Waterton Park Chamber of Commerce.

According to GasBuddy.com , gas prices currently in the Lethbridge area are around a $1.73 per litre.

Parks Canada says they're expecting a busy season at Waterton Lakes National Park as international travel resumes, but tourist numbers aren't  the only concern on the minds of local business owners. The cost of getting supplies delivered to the town site has nearly doubled.

“I placed a house keeping order just this morning, my order was $700 in product and my shipping cost was $495, so you're talking about your cost of goods going up nearly 70 per cent in some cases for us,” said Suleman, who also owns the Bayshore Inn and Resort.

For families looking to pack the car this summer, one gas expert said the price for gas is expected to remain steady throughout the coming months.

“We’ve now seen six weeks of consistent drops in U.S. gasoline inventories, not oil but gasoline," said Dan McTeague, with Canadians for Affordable Energy. "That means that just as we're heading in the period of time where it's the unofficial start to the summer driving season, demand is pretty strong despite these prices."

For those planning to hit the road this summer, the Canadian Automobile Association is reminding drivers to be smart and conserve their gas.

“Using air conditioning less, so if you're idling because you're letting your air conditioner kick in, definitely don't do that. Roll down your windows, let the fresh air push out the hot air and turn your AC off every opportunity that you can,” said Teresa Di Felice, assistant vice-president with the CAA government and community relations.

Despite forking out more at the pumps for fuel, Suleman said, businesses in Waterton are expecting a busy summer season ahead.