Energy analysts say the recent surge in profits for the oil and gas sector has resulted in one of the best environments for the job market in more than two decades.

"Commodity prices are doing really well in oil and natural gas, and a lot of the free cash flow that companies are making today is really repairing a lot of the balance sheets we saw last year," said Jeremy McCrea, director of Energy Research at Raymond James Ltd.

"As a result, there’s a little bit more comfort in terms of hiring. We probably cut a little too close to the bone in 2020 when we were looking to preserve a lot of the balance sheets but as prices come back, there’s a desire to hire."

McCrea estimates that energy companies are increasing their hiring by about 10 per cent in the wake of massive third quarter earnings.

Suncor Energy posted an operating profit of $1.043 billion in the recent quarter – a reversal of the $388 million loss in the same period last year.

The company also bought back $63 million worth of its shares and doubled its dividend to 42 cent per share – up from the 21 cents it was cut to in May of 2020.

Cristina Schultz, a senior recruiter with About Staffing, says the rally in oil prices has created an uptick in positions over the last few weeks and a drastic increase from the same time last year.

"We've certainly seen quite a few new clients reaching out to us with many different recruits that they need some assistance in and a lot of it has been manifesting in the financial space, especially as many organizations ceased production and have started to reincorporate that production now," said Schultz.

"Many companies are also really diversifying in terms of their hiring in the wake of hitting environmental targets and how they're going about hiring the right candidates has certainly been a trend." 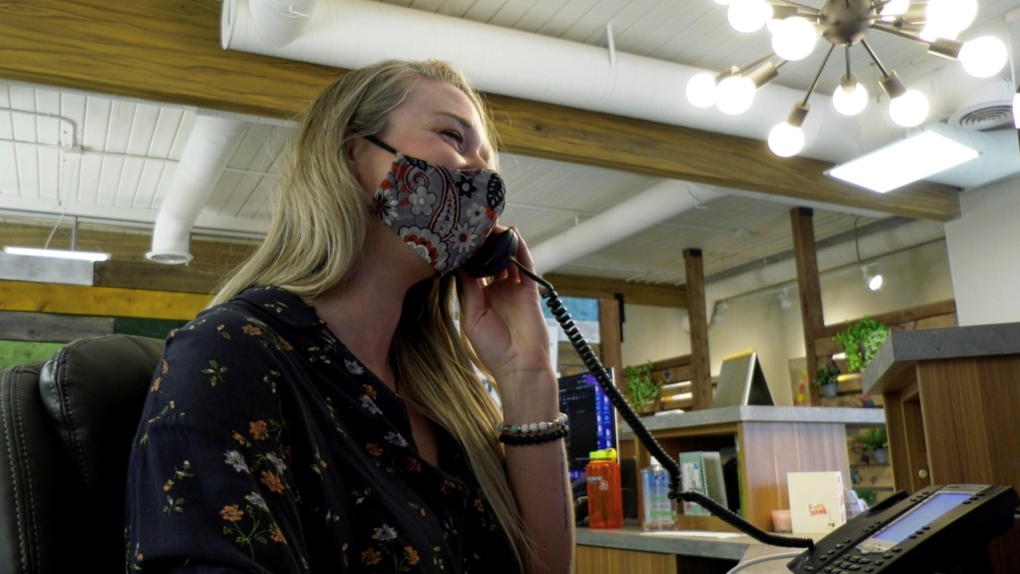 About Staffing says the rally in oil prices has created an uptick in positions over the last few weeks and a drastic increase from the same time last year.

Schultz adds that many organizations are continuing to seek financial stability even on a smaller scale with increased contract-based hires for the oil and gas sector.

She notes that salaries are increasing slightly on the contract jobs to hire back the right personnel, but other companies are still reserved on their finances as they navigate the uncertainty of the pandemic.

Oil prices hit a four-week low on Wednesday hovering around the $80 per barrel range for West Texas Intermediate (WTI) and Brent Crude, but the recent rebound has allowed the energy sector to turn solid profits.

Alberta's most recent budget had oil prices sitting at $46 per barrel and was hopeful prices would hit $56 by 2023-24.

That additional revenue is now prompting Premier Jason Kenney to urge producers to flip those profits into project spending and jobs.

McCrea says large-scale projects and investments will create jobs and he's optimistic oil could hit the $100 per barrel range by early next year as demand surges back stronger than anticipated.

That being said, it all comes down to supply.

"OPEC is holding the line here in terms of their planned increases even this morning (Thursday) they kept with their planned outlook and supply increases despite a lot of consumer nations asking for more oil," McCrea said Thursday.

"More importantly, you’re not seeing it from the domestic producers like Canadian or U.S. producers who have really struggled with their shareholder groups in terms of how much more money they’re putting into the ground."

McCrea notes that some companies are preparing for a busy winter drilling season, but there is a lot more talk of investing more funds into renewables with a lot of the regulation coming out of the COP26 climate talks in Glasgow, U.K.

"You're going to have more engineers hired to see if we should go into solar or wind and how we can we diversify out of the fossil fuel mix," he said.

"So that's where you're going to see a lot of the hiring done with a lot of the available cash that these oil and gas companies have now."

The Alberta government dedicated $176 million in emission reduction projects this week through its Technology Innovation and Emissions Reduction (TIER) fund.

The hope is to kickstart 16 emission-reducing projects and cut seven million tonnes of greenhouse gas emissions by the year 2030.

Kenney says the new funding should support around 5,600 jobs and invest $2 billion into the economy.