Jason Kenney, soon out as Alberta premier, pokes fun at himself in speech

Jason Kenney, soon out as Alberta premier, pokes fun at himself in speech 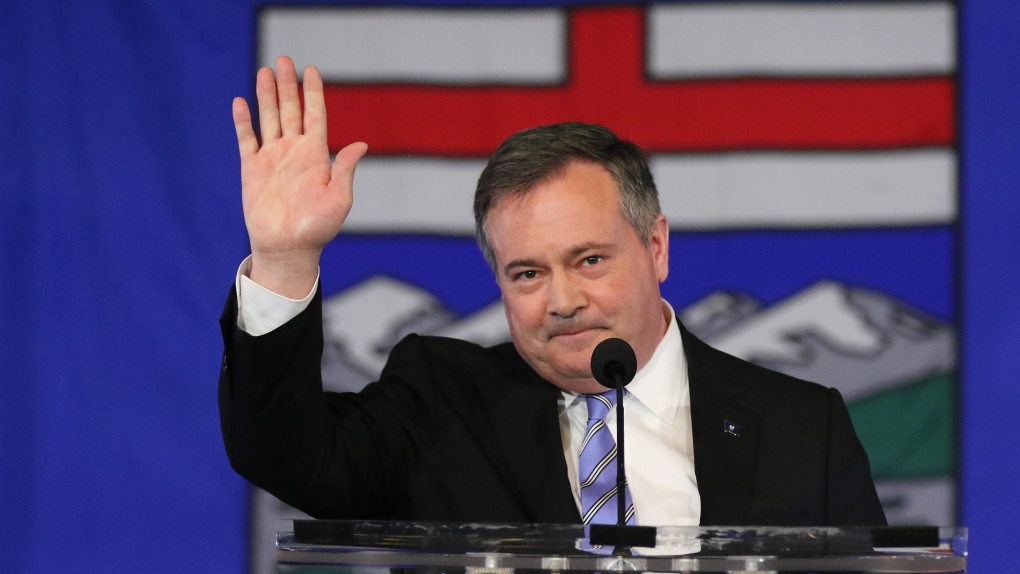 Jason Kenney, in one of his last speeches as Alberta's premier and United Conservative Party leader, riffed at the microphone Friday, drawing laughs as he poked fun at himself and pretended to brush off a call from the prime minister.

“This is clearly not a UCP caucus meeting,” Kenney joked as delegates gave him an ovation in Calgary at the Alberta Municipalities convention.

He then looked to the moderator and said, “Too soon?”

Kenney will be replaced as party leader and premier on Oct. 6. He announced in the spring he was leaving after open challenges to his leadership from party members and a lukewarm 51 per cent vote of support in a review.

In his speech, Kenney lauded the accomplishments of his government and the province, which is once again gushing with oil and gas revenues just months after its economy was pancaked by the COVID-19 crisis.

As Kenney spoke, he got a call on his phone. He let it go to voice mail, saying, “Sorry, Justin. I'll call back later.”

As delegates laughed, Kenney shrugged and added, “I got nothing left to lose.”

Kenney said his government did what it set out to do after winning the 2019 election. He said while oil and gas revenues have been the engine of the recovery, other policies have helped.

“You're looking at something in the range of $90 billion of capital investment in this province over the next decade alone. This is huge,” he said.

Kenney joked that he had tried - and failed - to land a part in one of those film projects, opining, “I guess I'm proof that politics really is showbiz for ugly people.”

The premier also cautioned municipal leaders to keep their wish lists within reason, given that while times are good now, they can get ugly again in a hurry due to the mercurial nature of oil and gas prices.

He noted that at one point earlier this year, benchmark West Texas Intermediate oil was selling above US$100 a barrel but is now at less than $80, and fell $4 a barrel in the hours before his speech.

“Don't imagine that we can wish our way out of fiscal constraints,” Kenney said.

Seven candidates, including four of Kenney's former cabinet ministers, are running to replace him. The winner will have less than eight months before the scheduled general election in May.

Opposition NDP Leader Rachel Notley, in her speech to delegates, promised a new revenue-sharing deal with municipalities and an end to UCP policies that led to higher auto insurance rates, school fees and tuition hikes.

Notley said her party would end the rancorous relationship between the government and the doctors that began after Kenney's government tore up the master agreement with physicians in early 2020.

She received the largest round of applause of the morning after promising her government would abandon the plan to replace the RCMP with a provincial police force in smaller cities and rural areas.

Kenney's government has been advocating strongly for the change while municipal and rural leaders worry over who will pay for such an expensive transformation.

“I'm not ever going to endorse a plan that sees hundreds of millions of dollars go toward repainting (police) cars and changing the signs on detachments,” Notley said.

“I won't download new costs onto your constituents or gaslight you about who's actually going to pay for it.”

This story by The Canadian Press was first published Sept. 23, 2022.