It may be September, but Albertans are still getting hit with those high temperatures they saw over the summer.

There were multiple record-breaking highs across the province Tuesday, and Lethbridge and southern Alberta expected to break records of their own Wednesday.

Now, 35 years later, experts say that could be topped.

"Average is 18 degrees this time of year for the Lethbridge region, so we're going to surpass that today," said Dory Rossiter, weather anchor for CTV Lethbridge.

"Estimates are in the 33-degree range, which would be a record breaker."

This heat wave started Tuesday, with the mercury climbing to 30 degrees in the city.

"The interesting thing about warm temperatures at this time of year is that we are now further away from the sun," said Rossiter.

"So that daytime high is a very short period of time. It’s not as long as it was sitting over in July and even early August."

Albertans were asked to conserve energy, especially during the peak hours between 4 and 7 p.m., and offered a list of ways to do so: 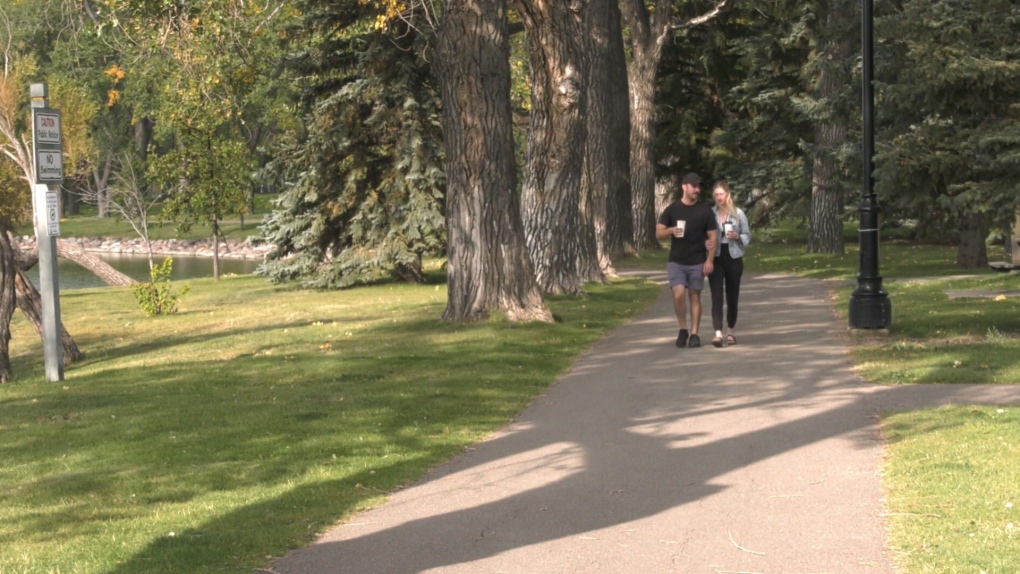 With the possibility of record-breaking hot temperatures, some people got out to Henderson Park early Wednesday to enjoy the sunshine.

"Well, that's why we're out early this morning," said Carey Rowntree, who was walking his dog.

"Getting some good walking in, in the nice fall weather before it gets too hot, and probably stay close to home and beat the heat a little bit."

"Yeah, just stay in the shade, sit on my deck, read a book and enjoy it as long as we can," said Nelly Vriend, out for a morning stroll.

"Just surprised and enjoying it very much."

Health officials suggest staying hydrated and keeping to the shade wherever possible in such temperatures.