Lost bear turns up in Airdrie back yard Monday

Lost bear turns up in Airdrie back yard Monday 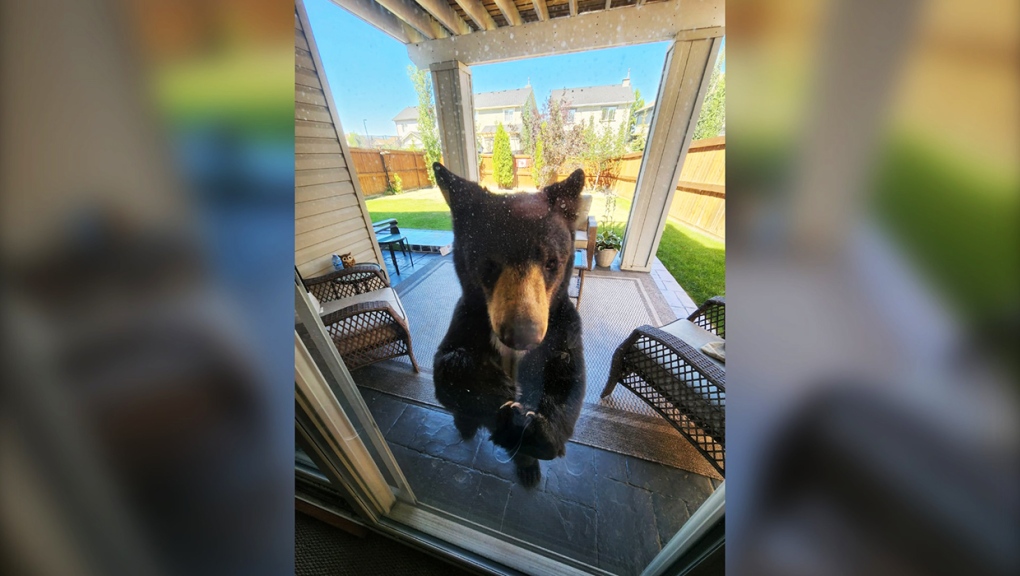 A black bear turned up in the back yard of this home in the Sagewood neighourhood of Airdrie Monday just after 1 p.m. Photo courtesy: Kim North

Residents of the Airdrie neighbourhood of Sagewood can go outside again after a lost bear was found Monday.

The bear, which appeared to be a black bear cub, was photographed leaning on the back sliding door of a Sagewood home.

At 1:10 p.m., Airdrie RCMP were alerted and Alberta Fish and Wildlife notified. The RCMP also asked residents to stay inside their homes.

Shortly after 4 p.m., police issued an update saying that Fish and Wildlife officers had located the bear and tranquilized it.

"After arriving on the scene and assessing the bear and the environmental conditions of the location, officers determined that the safest course of action would be to chemically immobilize the bear and remove it from the area," said Fish and Wildlife in a statement.

The bear was loaded into a bear trap, assessed, tagged, and removed from the neighbourhood.

Fish and Wildlife says the black bear was about 36 kilograms (80 pounds) and presumed to be about two years old.