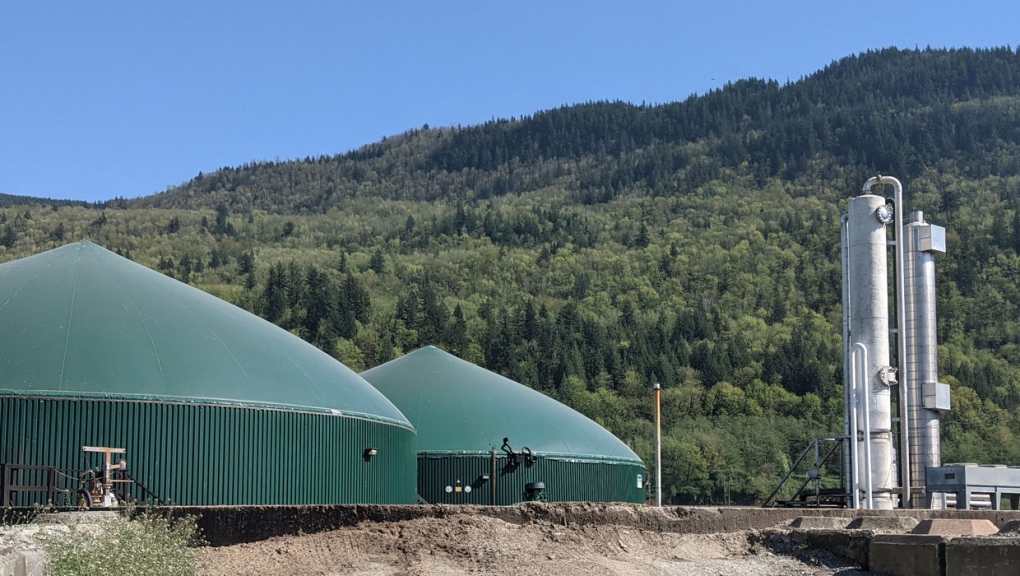 Chase Edgelow is on a mission to acquire vast quantities of garbage.

His company, Vancouver-based EverGen Infrastructure Corp., was founded just two years ago and has already snapped up two organic waste processing facilities in B.C. (the Net Zero Waste compost facility in Abbotsford, and the Sea to Sky Soils facility near Pemberton.) It also has plans to pursue similar acquisitions in Alberta and Quebec at some point in the future.

It's a case of “one man's trash is another man's treasure,” because when Edgelow sees mountains of food scraps and agricultural waste, he doesn't see garbage - he sees opportunity.

Edgelow's company is a renewable energy company that converts organic waste into “Renewable Natural Gas,” a non-fossil fuel form of natural gas that has been the subject of a flurry of announcements by Canadian utility companies in recent months. Enbridge Inc., ATCO Energy Solutions, and FortisBC are all actively pursuing opportunities in the space.

According to the World Biogas Association, organic waste from food production, food waste, farming, landfill and wastewater treatment are responsible for about 25 per cent of human-caused global emissions of methane, a harmful greenhouse gas.

As concerns about climate change intensify, there is a growing push globally to use waste to its full potential. Renewable Natural Gas (RNG) proponents believe they can kill two birds with one stone by harnessing the methane from landfill and other forms of waste to create an environmentally friendly alternative to traditional natural gas that can be used for home heating, cooking, even fuelling vehicles.

It's already being done. EverGen already owns Fraser Valley Biogas, which has been in production since 2011 and is Western Canada's first RNG facility. The facility combines anaerobic digesting and biogas upgrading technologies to produce RNG from the manure produced by local dairy farms.

The RNG produced there is contracted to FortisBC, which claims to be the first utility in North America with a renewable natural gas program. In addition to EverGen and Fraser Valley Biogas, FortisBC currently receives RNG from 11 other suppliers, giving the utility access to enough to power about 200,000 homes.

Joe Mazza, vice-president of energy supply and resource development for FortisBC, said the company likes RNG because “it's a cost-effective solution for decarbonization.” While RNG is more expensive than traditional natural gas, it comes with the advantage of being a “drop-in fuel,” meaning no costly changes to transmission infrastructure or appliances are required.

“We've got 50,000 km of gas pipeline we've built up over the decades,” Mazza said. “So from an affordability perspective, all we're doing is we're bringing that renewable gas into existing infrastructure rather than having to build out all new infrastructure that customers would have to pay for.”

Right now, FortisBC has an optional program that allows its customers to reduce their own carbon footprint by paying a premium to designate a percentage of their natural gas use as RNG. An average household that elects to use 10 per cent RNG, for example, will pay an extra $5.25 per month on their utility bill.

FortisBC, which has set a target that 15 per cent of its total supply be RNG by 2030, has also submitted a proposal for regulatory approval that will see all of the company's new residential connections receive 100 per cent renewable gas. As FortisBC brings on more RNG supply through future projects and contracts, that gas will be allocated to new homes and the increased cost spread across the utility's entire ratepayer base.

While cost has always been a significant impediment to widespread RNG adoption, advocates say public policy changes are fuelling increased demand. British Columbia's CleanBC objectives commit to a 15 per cent renewable gas content in the province's natural gas system by 2030, for example, while the government of Quebec has also set minimum RNG targets for natural gas providers.

“The market for clean fuels is pretty dynamic and evolving rapidly,” said Justin Heskes, director of business development and commercial for ATCO Energy Solutions. The Calgary-based company is currently building its first RNG facility near Vegreville, Alta., and will be using a combination of local feedlot manure as well as municipal green bin waste as feedstocks. It has already contracted the RNG to B.C.-based Pacific Northern Gas.

“I think what is really driving the Canadian market is that utilities in a number of jurisdictions are looking at how they can add cleaner fuels to their grid. And they're willing to purchase those fuels at a price that makes the production viable,” Heskes said.

ATCO has plans to build out a portfolio of RNG production through a number of facilities that will be announced over the next year or two, Heskes said, adding the company believes RNG will play an important role in the energy transition and Canada's pursuit of its climate goals.

“The uniqueness of RNG is that it's possible now,” Heskes said. “You look at some of the other clean fuels that are being pursued, like larger-scale hydrogen . . . and there's a timeline and a scale that pushes those out farther. RNG is possible now, that's why we really like it.”

This report by The Canadian Press was first published Feb. 20, 2022.

Agent: Rushdie off ventilator and talking, day after attack

'The Satanic Verses' author Salman Rushdie was taken off a ventilator and able to talk Saturday, a day after he was stabbed as he prepared to give a lecture in upstate New York.

Parent of child with rare form of epilepsy distressed over N.S. ER closures

Kristen Hayes lives close to the hospital in Yarmouth, N.S., but she says that twice in the past month, her son, who has a rare form of epilepsy, has been taken by ambulance to the emergency room there, only to be left waiting.

A fire ripped through a church in a densely populated neighbourhood of the Egyptian capital of Cairo on Sunday, leaving at least 41 dead and injuring 14, the country's Coptic Church said.

Two-time champion Simona Halep has advanced to the National Bank Open's final. The Romanian beat Jessica Pegula of the United States in the WTA event's first semifinal on Saturday.