A sanctuary and education centre specifically dedicated to wolf-dog hybrids west of Cochrane says it needs help to expand, after accepting seven more animals that have nowhere else to go.

Managers at the Yamnuska Wolfdog Sanctuary have launched a fundraiser with a target of $90,000. That money will cover the cost to build two enclosures to accommodate the new arrivals. They say the space is desperately needed.

"These wolfdogs are animals that have such little places to go and who knows what would've happened to them if weren't able to take them in," said Alyx Harris, operations manager at Yamnuska Wolfdog Sanctuary.

She received the new additions after their previous owner, who lives in northern Alberta, developed health issues and could not continue caring for them.

Harris adds the animals were all in good health and were not mistreated.

Four of the new group are a family unit and have moved into a large enclosure on the sanctuary's central path, displacing other dogs to other parts of the grounds.

"Because we've had to shuffle some animals around, we still very much have the need to build these two (new) enclosures," said Harris.

Vet bills are estimated at $6,300, while transporting the animals and rising food prices are also included in the fundraising target.

The wolfdogs are fed a diet of raw meat, with each animal consuming approximately two to three pounds (0.9 to 1.3 kilograms) each day.

Now with 40 wolfdogs to feed, Harris says it's gotten a lot more expensive, especially when inflation is factored in.

"That gets very costly (for us), especially with how things have been lately, all costs have definitely gone up." 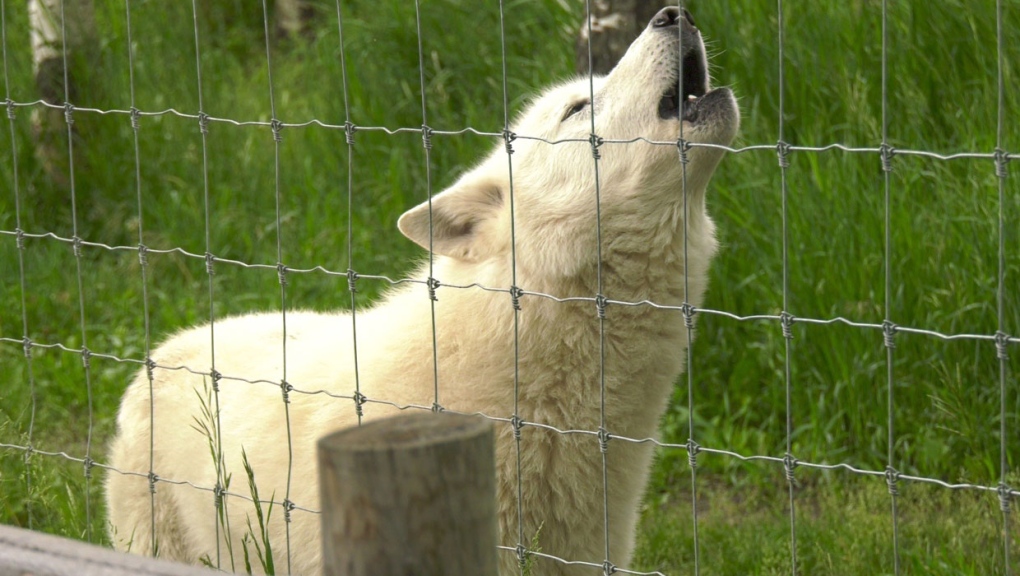 She adds there are few places that can care for a wolfdog's specific needs as the animals do not make good pets in most cases.

Wolfdogs are not likely to wear a collar, walk with a leash, chill on the couch or act as a guard dog.

"They like to be in really big, open spaces," said Harris.

Construction on the first enclosure is expected to begin in July.

Those who wish to help can donate to the campaign, but the group says the price of admission for an educational tour also supports the initiative.