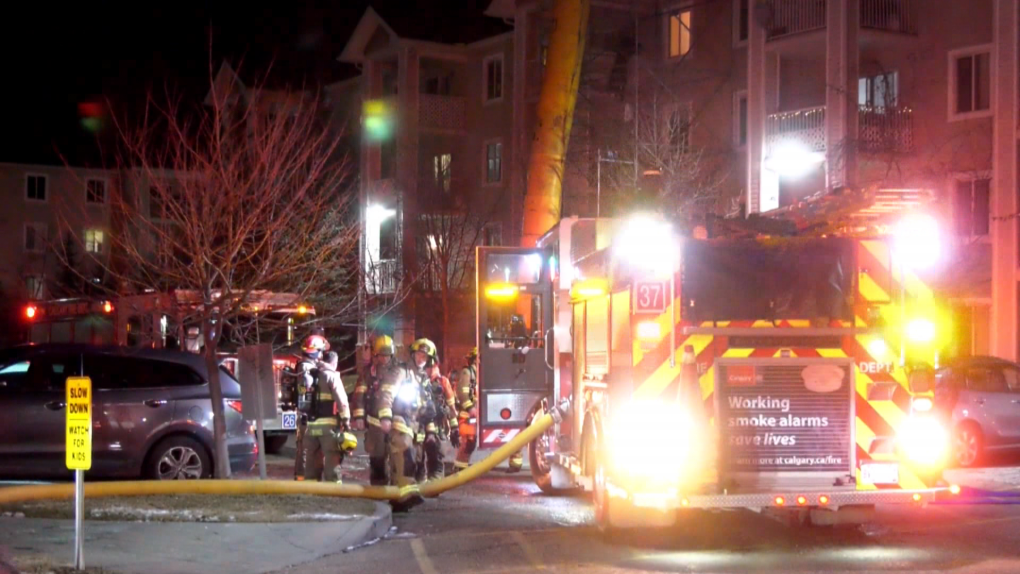 Calgary Fire Department crews outside a condo complex in the 2300 block of 162nd Ave. S.W. Wednesday night during a parkade fire response.
CALGARY -

A Wednesday night fire in the parking garage of a southwest condo complex left two people injured and prompted the evacuation of dozens of residents from the building.

The Calgary Fire Department responded to the building in the 2300 block of 162nd Avenue S.W. shortly after 10 p.m. following reports of smoke and flames in the parkade.

The fire was quickly doused and the hazardous materials team began monitoring the air quality in the building.

EMS officials confirm two people were taken from the scene to the Foothills Medical Centre in non-life-threatening condition. The nature of their injuries has not been confirmed but witnesses say the two had suffered burns while attempting to extinguish the fire.

Upward of 80 people were temporarily evacuated from the building during the CFD response and Calgary Transit provided buses as shelter.