Some Calgary bar and restaurant operators say the province's announced plan to lift many public health restrictions as of Feb. 9 is not going far enough to help business operations.

The restrictions exemption program (REP) which is Alberta's vaccine passport rule system, will be removed as part of Step 1 of three-step plan to fully reopen, yet the following rules will be in effect at restaurants, cafes, bars, pubs and nightclubs:

The above rules will remain in place until at least March 1 pending hospitalization rates.

"I think it's good that we're moving in a direction forward to getting businesses back to normal. I'm a pretty disappointed in the fact that we're not going to see the curfew lifted," said Jeff Jamieson, co-owner of Proof cocktail bar and Donna Mac restaurant.

Jamieson says bars have suffered lost revenue with the liquor service curfew imposed in late December, as most business is generated in the evening hours before 1:00 a.m. 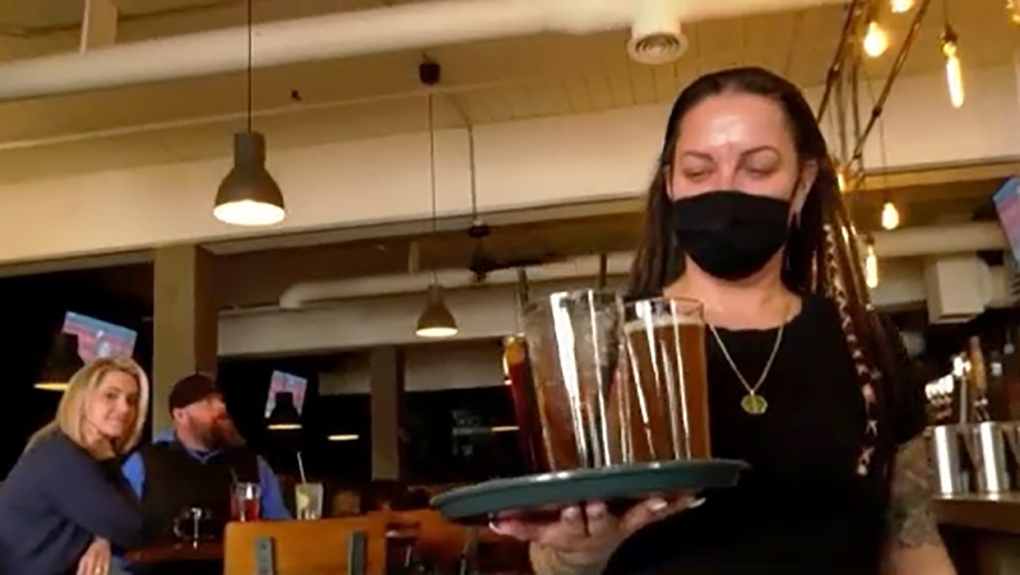 Ernie Tsu, head of the Alberta Hospitality Association told CTV News restaurant owners need the choice and freedom to operate their business at 100 per cent.

He says the province hasn't shared data with the hospitality industry to demonstrate the curfew as being effective against slowing the spread of COVID-19.

"We're going to fight to try and get some data to support these restrictions and try and fight to get some subsidies from our government who's refusing to let us operate our businesses in any kind of meaningful capacity," he said.

Jamieson also says he doesn't anticipate a loss in business from patrons who prefer the security of the REP as customers can make personal risk assessments.

Ernie Tsu, head of the Alberta Hospitality Association told CTV News restaurant owners need the choice and freedom to operate their business at 100 per cent.

In a release, the Canadian Federation of Independent Business (CFIB) is also saying the provincial reopening plan is incomplete.

"(The) announcement keeps in place the more damaging business restrictions, like the liquor service cutoff and mandatory work from home, until the end of the month while proof of vaccination will lift," said Annie Dormouth, provincial affairs director for Alberta.

Dormouth says the average Alberta small business has inherited over $165,000 in new debt over the past two years.

"After two years of uncertainty, messaging needs to shift towards encouraging the safe return to activities like dining, seeing a movie, going to the gym, events and travel so that our small businesses can begin the long road to recovery," she said.

TripAdvisor ranks the best Canadian excursions, according to travellers

TripAdvisor has ranked the best excursions in Canada, according to travellers. The activities include driving an ATV through the wilderness of B.C., exploring snow-blanketed caves in Alberta, and whale-watching in Newfoundland and Labrador.