A Calgary preacher and his brother have successfully appealed their convictions for hosting public gatherings during the pandemic and will have their fines reimbursed.

Twice in 2021, Artur and Dawid Pawlowski were ruled to be in contempt of a COVID-19-related Alberta Health Services' injunction that limited the number of people permitted to congregate and required physical distancing and the use of face masks.

The violations occurred at the Street Church the brothers operate, but the injunction named the church, not the Pawlowskis themselves. In their appeal to Alberta's highest court, they claimed they could not be found in contempt of an injunction that was not made against them specifically.

In its decision, the Court of Appeals of Alberta determined the language used in the injunction was open to interpretation and created "ambiguity and potential confusion." The Pawlowskis' conviction on the contempt charge was set aside as well as their probation. Their fines will be reimbursed and AHS has been order to return the $15,733.50 it was awarded. 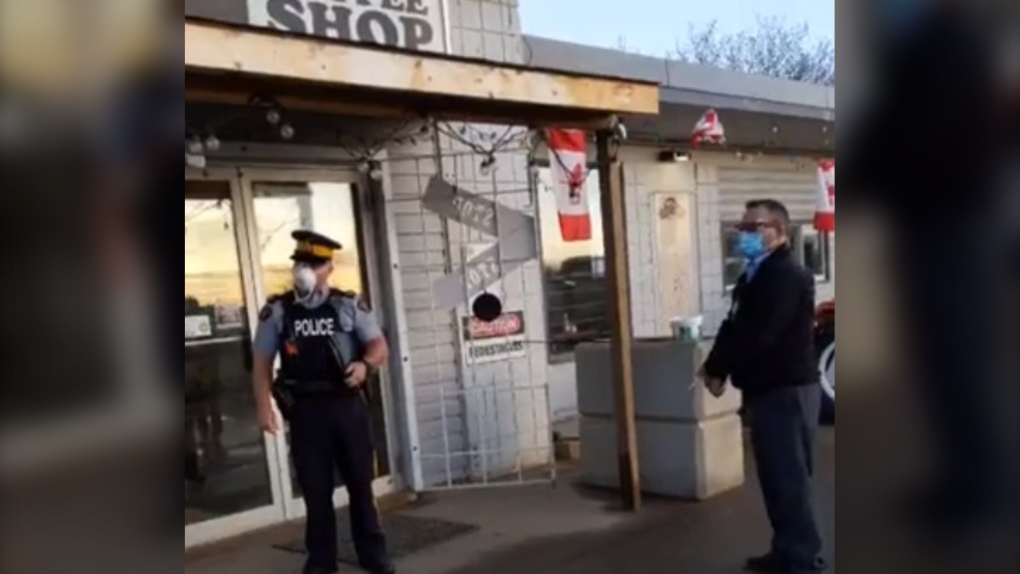 Alberta Health Services shut down the Whistle Stop Cafe near Mirror on May 5, 2021.

Christopher Scott, the owner of the Whistle Stop Café in Mirror, Alta., was found to have been in contempt of an AHS injunction against him regarding illegal public gatherings in June 2021. The conviction was related to an event he hosted outside his restaurant in May 2021, mere days after the injunction was granted.

The restaurant owner appealed the sanctions against him, not the contempt finding, claiming they were "excessive and disproportionate."

The court of appeal partially granted the appeal, reducing Scott's fine to $10,000, half of the original penalty, and permitted him to make monthly $500 payment toward it.

His probation was also reduced to eight months, a duration that is now complete.

The onset of autumnal weather, with rains making fields too muddy for tanks, is beginning to cloud Ukraine's efforts to take back more Russian-held territory before winter freezes the battlefields, a Washington-based think tank said Sunday.