Debate continues over a proposed provincial police force in Alberta.

On Wednesday, a group opposed to the idea held a town hall meeting in Lethbridge as part of their part of a province wide tour.

The National Police Federation (NPF) has been touring the province and speaking with Albertans since Jan.6 with the common goal of keeping the RCMP in Alberta.

"The reason behind our community engagement sessions are to inform the public of some of the risks and costs that are associated with a potential move to a provincial police service," said Kevin Halwa, regional director for the NPF.

The 'Keep Alberta RCMP' tour is in response to the UCP government's proposal of replacing the force with a provincial police service.

The idea was floated back in the fall following recommendations from a fair deal panel report -- suggesting it would improve rural policing issues and improve relationships with First Nations people.

"Alberta’s government is studying the feasibility of establishing a provincial police service because we have a responsibility to explore whether a new policing model can improve public safety and find innovative ways of providing effective policing for everyone in Alberta, no matter where they live," said Jason van Rassel, a representative from the Alberta Justice and Solicitor General's office.

"We believe the independent feasibility study conducted by PwC Canada provided compelling evidence for continuing to study this concept and for taking these ideas to Albertans for further discussion. As part of this process, we’re conducting an extensive stakeholder agreement and will be launching a public survey soon."

Van Rassel went on to say that the entire process has been aimed at answering the question of whether or not this is a worthwhile investment for Alberta to make.

"We believe PwC Canada has 'shown its work' with innovative proposals and detailed cost estimates that make a realistic case for operating a provincial police service at the same overall cost, or lower, than the cost of RCMP provincial and municipal contract policing in Alberta," he told CTV News. 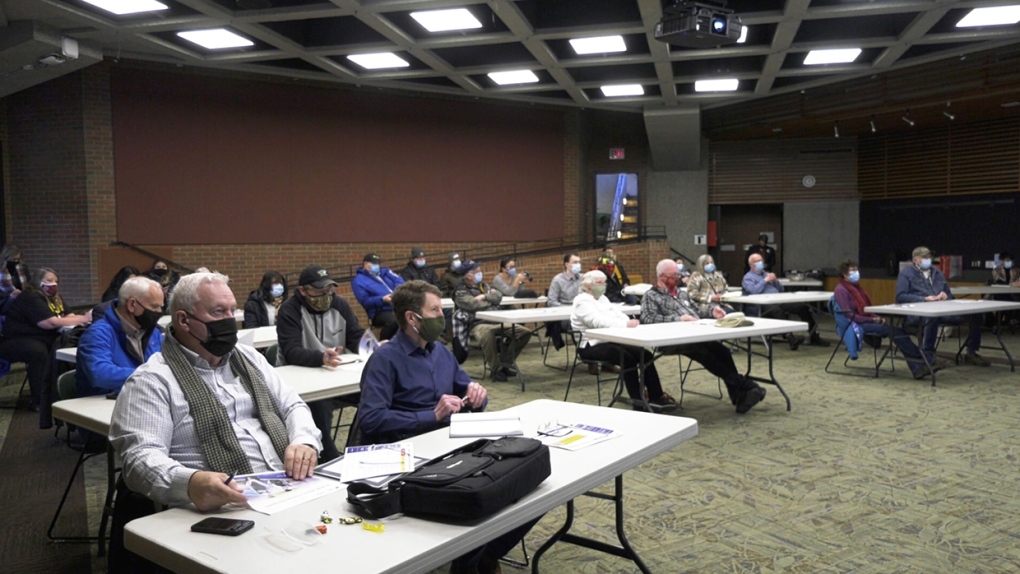 However according to surveys done by the NPF, most Albertans don't support the change.

However according to surveys done by the NPF, most Albertans don't support the change.

"Each one of those surveys, not surprisingly, produced very similar results," said Halwa.

"Depending on which corner of the province we're talking about, support for the RCMP and keeping the RCMP is around the 80 per cent range, which is an incredible number."

Despite the province saying that making the move would save money, the NPF says bringing in a provincial police force would leave taxpayers on the hook for over $550 million and the province would lose $170 million in federal funds annually.

Halwa says there's also concern for the training of these officers, and how many we'd get.

"Bringing in a brand new provincial police service, with who knows what training, it is a concern," he said.

"The two proposals that have been put out by the PwC, the first one actually calls for about half of the number of fully trained police officers across the province. That should concern all of us."

Communities and residents that came out for the town hall are also very concerned about the potential change.

Lethbridge County's reeve, Tory Campbell, says they aren't in support of the move and want to see more consultation.

"For something that could really change the look of this province quite substantially, I think it's important that we start having a broader conversation, not just municipalities being engaged, but obviously the greater public as well," he told CTV News.

Campbell went on to say that the potential price tag that a new policing force would have on Lethbridge County is also very concerning.

"That cost to us as a municipality has risen substantially and we obviously have concerns about how sustainable that is moving forward and the potential implications that transitioning to a different service could have on our municipality."

The 'Keep Alberta RCMP' community engagement tour continues Thursday in Medicine Hat and Brooks and will continue throughout the province, spreading their message and gathering feedback until March 4.