"It's even more remarkable on the Canadian side of things,"said energy analyst Jeremy McCrea of Raymond James LTD. "When we were last at these prices, when you look back to 2014, that's when the Canadian dollar was at par with the U.S. But now that we're sitting at a 78 cent dollar, the price that we're getting here in Canada is actually almost just right back to where we were in 2014."

McCrea said there are a multitude of reasons oil is spiking ranging from increased demand, tot unrest in some Middle East production zones, but said locally a shortage of workers is driving up prices as well.

"One of the reasons why we've seen prices move up is, there is a lot of demand for jobs here for guys to come and work," said McCrea." And what we're seeing right now, and reasons why prices are continuing to move up, is we just can't seem to find enough workers to come work on the rigs."

"The thing, though, with the energy patch, is there's a lot of guys looking at the sector saying, Can I have a career in oil and gas for 2030 years?" he added. "And I think there's a lot of doubt that that can happen, so that's scaring a lot of guys coming into the patch, which is leading to the staff shortages that you're seeing here today."

McCrea said while forecasts up to 2023 call for record oil demand, it is long term investors, the ones who put billions into mega projects with decades-long waits for returns, who are shying away from the oil and gas sector.

"At the ground level, like boots on the ground level, companies that are in the area of exploration or drilling are struggling to find enough people to fill the holes in their production teams," he said, "but at a at a higher level of  investors and the stock market, people are saying, let's take the profits from this and not grow, but rather reap the benefits of the high prices without increasing staffing and production."

But the short-term staff shortages are driving a demand for workers in Alberta.  While the latest figures from Statistics Canada show Alberta’s unemployment sitting above the national average at 7.3 per cent, and Calgary’s lagging even that at 8.2 per cent, staffing agencies say there are more jobs than workers looking to fill them.

"The unemployment numbers don't truly reflect what's happening in the market in a lot of ways, as the unemployment versus the active job seeker is two very different categories," said Cristina Schultz of About Staffing. "Right now, many individuals are not content to jump back into the job market, given the uncertainty and the instability and what that market brings."

Shultz said right now it’s a buyer’s market for those seeking employment, though she noted the storied lucrative oil patch pay packets are harder to find.

"When it comes to hiring and the way employers are going about attracting the right candidates, as we are certainly seeing an increase in average salaries of what we have been seeing as of late in the last few years, but I wouldn't say it is comparable, or as lucrative in that sense to what we have seen in the past, "said Schultz.

"Right now, with there being such a scarcity of those active job seekers, candidates have the luxury to be choosier in what they explore," she added. "So someone who once upon a time might have been open to exploring a three month or six month contract, they (now) have six vacancies at their disposal that they can choose who they want to work for what the nature of the role is the pay, the benefits, (and) the culture."

The surge in oil prices is not just good news for job seekers, it is great news for the Alberta government, which in 2020 budgeted for oil to hover around the $46 mark.

"Each dollar increase per barrel is about four to $500 million to the government's bottom line," said University of Calgary economist Trevor Tombe. “So we're looking here at 80 plus dollars per barrel.  That is tens of dollars per barrel more than where we previously thought oil was going to be. So this is a dramatic turnaround in provincial finances.” 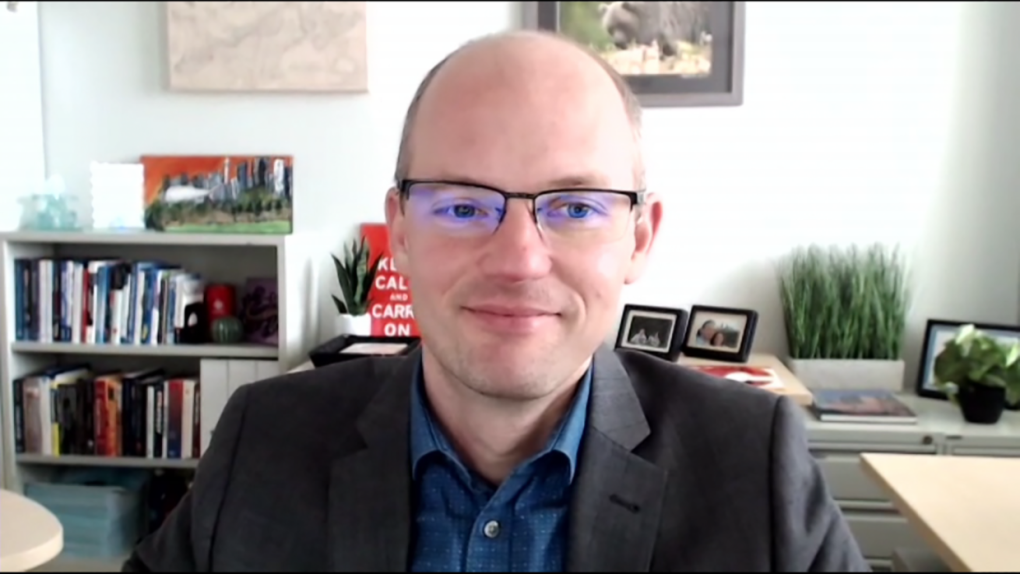 Now, with an election just over a year away, and a budget set for February 24th, Alberta’s finance minister is robo-calling Albertans inviting them to a telephone town hall meeting to ask how they want to spend the money.

More details can be found on the Alberta government budget consultation website: www.alberta.ca/budget-2022-consultation.aspx