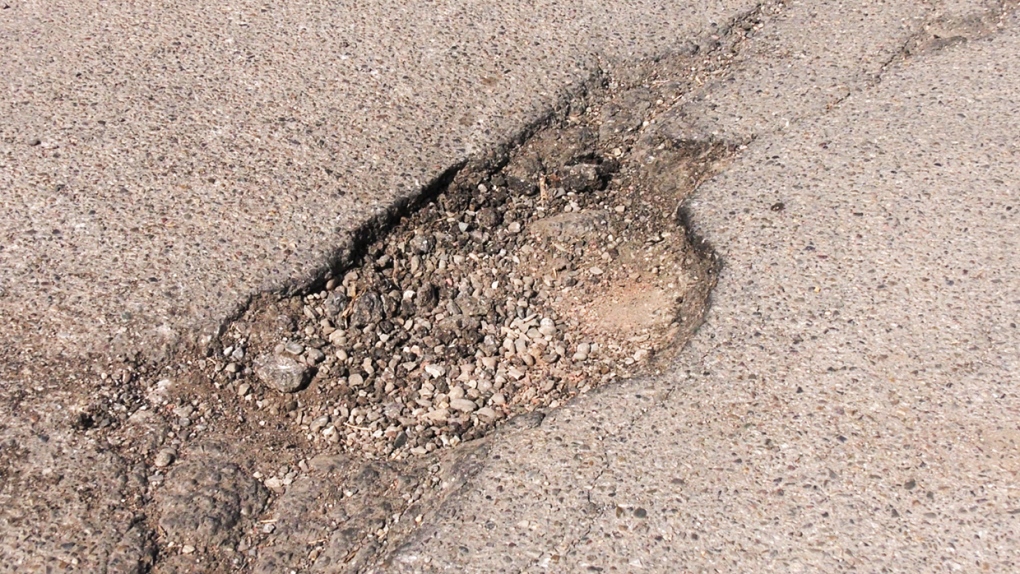 The city has a plan in place to repair potholes on public roadways starting in May.
LETHBRIDGE, Alta. -

Spring may bring thoughts of melting snow, budding flowers or hockey playoffs to mind, but for some Lethbridge drivers it also means potholes and other potentially costly road hazards.

Common on pavement following months of below freezing temperatures and a sudden shift to warmer conditions, these road hazards can be hard to avoid.

“We are seeing this time of year more front-end alignment issues, suspension such as struts and shock absorbers, and also damage further to ball joints, tie-rod ends and any of the steering components in the vehicle,” said  Cam Frederickson, the owner of 1 Stop Automotive.

Frederickson has lived in Lethbridge for over 30 years, and says this time of year always poses a challenge in the automotive repair industry.

“We have a lot more freeze thaw here in Lethbridge, and that’s what fractures out the asphalt,” described Frederickson.

“The city does a good job trying to keep up with it, but Mother Nature’s always going to win, so we are left battling the situations that happen with the vehicles that run into these potholes.”

One resident driving near the college last week hit a raised manhole, and badly damaged his car. The driver says he was travelling 30 kilometres an hour and slowing down for a stop sign. The damage done to his car could cost him close to a grand. 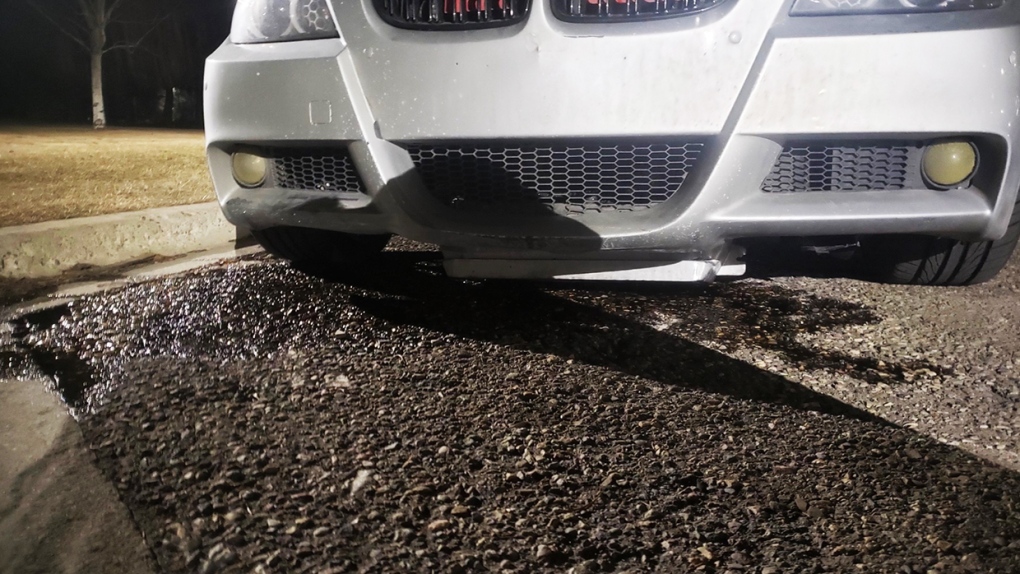 One resident driving near the college last week hit a raised manhole, and badly damaged his car. The driver says he was travelling 30 kilometres an hour and slowing down for a stop sign. The damage done to his car could cost him close to a grand.

“Well it was at night time, and I thought it was just flat ground and I didn't notice something was wrong until, well, it quite literally hit me,” said resident Jay Cranston.

“What had happened was, the manhole hit my intercooler which then got pushed into the radiator. I’m looking at potentially over $1000 in repairs.”

Cranston is a college student himself, and hopes the city will take responsibility.

“I can't be throwing this money around here and there you know? I’m just trying to get around town, and it’s a bit hard with all these manholes and potholes that the city is not really taking care of,” he said.

The city has a plan in place to repair potholes on public roadways starting in May.

“We are just currently working on bringing all of our crews back in orientation,” said transportation operations manager Juliane Ruck.

“Asphalt is normally not available until the beginning of May, it’s all weather dependent, so that’s when our crews really start to mobilize and look at everything.”

Between April and September, Lethbridge receives approximately 80 pothole repair requests per month, but as a result of the pandemic, the city made budget cuts to its minor and major road repairs last year.

“We had to be very mindful of how we mobilize resources, but it all worked out last year, so we are hopeful that we can maintain service level this year too, said Ruck.

The city's transportation operations department maintains 580 kilometres of paved roads, and residents can help play a roll in the repairs by simply dialling 3-1-1 to notify the city of any potholes, and providing the specific location.

Residents who have had their vehicle damaged because of potholes or a hazardous roadway can put in a claim with the integrated risk department on the city's website. The city will access the site where the incident took place, and determine whether compensation is required.