For Kolton Running Crane, the Blackfoot language is more than just a way of communicating in his native tongue.

“I think language is a fundamental part of one’s identity and that’s what makes us unique as Indigenous people because every tribe has a different language and I think it’s important to know where we come from,” he said.

“The base of all indigenous cultures revolves around language.”

The 16-year-old from the Blackfeet Reservation in Montana has been working with Azren Raju, the owner a language tutoring business called the Calgary Language Nerds over the past few months to develop a curriculum aimed at teaching the language online to others.

Raju had goals of his own to start teaching the language so he put the call out to Blackfoot speakers on Facebook and Running Crane answered within minutes.

“I had learned how the Glenbow Museum in Calgary was working on Blackfoot language revitalization efforts. I thought that was really cool and that I could use some of my knowledge about language learning to help,” Raju said.

“Together Kolton and I are now continuously building on the curriculum and making more resources because there are virtually no resources for learning Blackfoot, especially in comparison to French, Spanish or other more widely spoken languages.

An online Blackfoot language course complete with resources along with live and pre-recorded lessons for the general public will now be offered starting on Sept. 30. 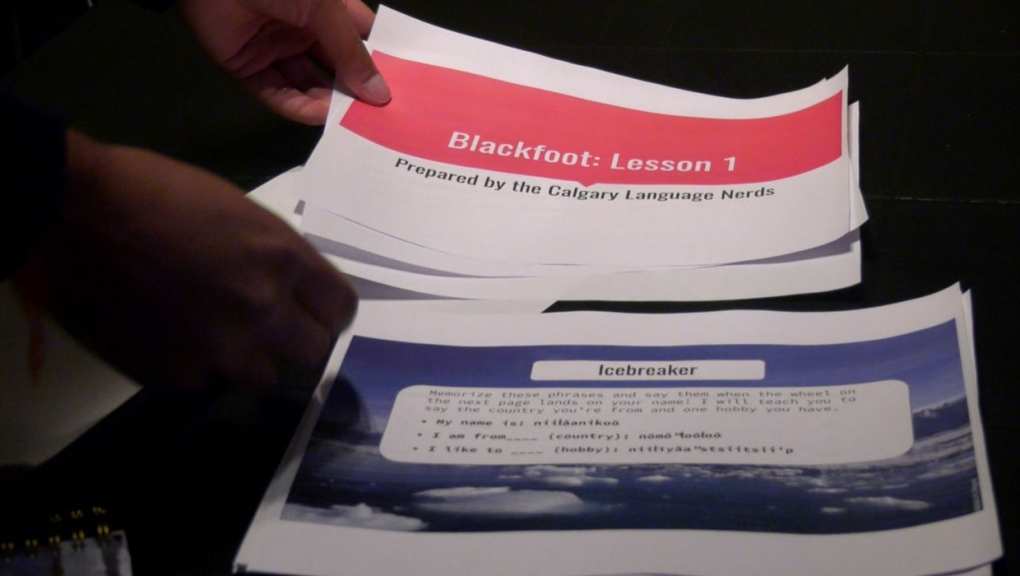 Blackfoot language lessons taught online by Kolton Running Crane and The Calgary Language Nerds have already been taking place for the past two months at Katimavik – a non-profit group in Calgary which invites youth to gain life skills and work experience by contributing to their community.

Project leader Lily Lam says the group had been looking at adding Blackfoot lessons and finally found the opportunity.

She adds that much of the Blackfoot language was lost in Canada’s residential school system, but efforts to bring its roots back to the public are stronger than ever.

“This is something we really wanted to do for our house for quite some time,” Lam said.

“There is so much history and culture within this language that doesn’t get translated so learning it has really been a strong avenue for myself and the participants to gain more perspective on the land that we live on here at Treaty Seven."

WHO says no urgent need for mass monkeypox vaccinations

The World Health Organization does not believe the monkeypox outbreak outside of Africa requires mass vaccinations as measures like good hygiene and safe sexual behavior will help control its spread, a senior official said on Monday.

A captured Russian soldier who pleaded guilty to killing a civilian was sentenced by a Ukrainian court Monday to life in prison -- the maximum -- amid signs the Kremlin may, in turn, put on trial some of the fighters who surrendered at Mariupol's steelworks.