The federal government now stands to lose money from its investment in the Trans Mountain pipeline, according to a new report.

The latest analysis by the Parliamentary Budget Officer (PBO) released Wednesday shows the net present value of the pipeline is negative $600 million.

The financial analysis takes into account new developments, such as budget overruns that peg the current cost of the expansion at $21.4 billion: a 70 per cent increase from an earlier estimate of $12.6 billion.

The new PBO report also reflects the fact that the pipeline's projected completion date has been pushed back to the third quarter of 2023.

"Once we take into consideration the purchase price, the cost of expansion and the stream of revenues over a 40 year period," PBO Yves Giroux told CTV News, "the pipeline will not be generating, overall, a profit."

“We heard that the costs had gone up months ago. We knew this was really bad news and would have a big impact on the value for the federal government. This (report) is just kind of the math confirming that,” said Richard Masson, executive fellow with the University of Calgary's School of Public Policy.

The 1,150-km Trans Mountain pipeline carries 300,000 barrels of oil per day, and is Canada's only pipeline system transporting oil from Alberta to the West Coast. 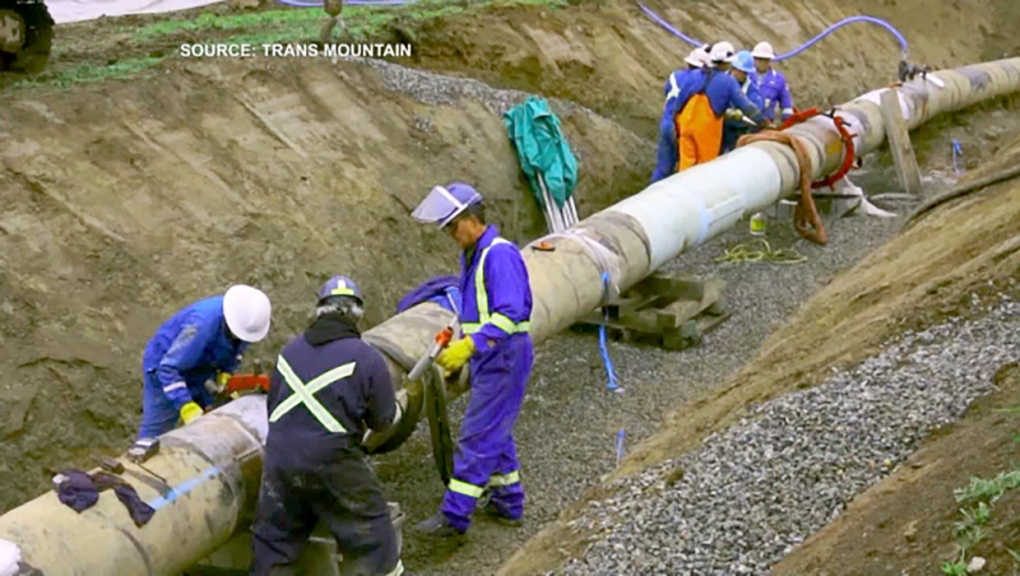 In its report, the PBO also looked at what would happen if the federal government were to stop construction this month and cancel the Trans Mountain project indefinitely.

It suggests that such a move would require the government to write off over $14 billion in assets.

There has been no indication that the Trudeau government has any intention of cancelling the pipeline project.

The Trans Mountain project was bought by the federal government for $4.5 billion in 2018, after previous owner Kinder Morgan Canada Inc. threatened to scrap the pipeline's planned expansion project in the face of environmentalist opposition.

Federal Crown corporation Trans Mountain Corp. has blamed the ballooning costs since it took over the project on a variety of factors, including the COVID-19 pandemic and the effects of the November 2021 flooding in British Columbia, as well as project enhancements, increased security costs, route changes to avoid culturally and environmentally sensitive areas, and scheduling pressures related to permitting processes and construction challenges in difficult terrain.

'IN THE NATIONAL INTEREST'

“The Trans Mountain Expansion Project is in the national interest and will make Canada and the Canadian economy more sovereign and more resilient,” Vaupshas said in an email, adding the federal government still plans to launch a divestment process after the project is further derisked and after negotiations with Indigenous groups have progressed.

A number of Indigenous-led initiatives have previously stated their intentions to pursue an equity stake in the pipeline.

The report is meant to inform parliament and the public. It's not a legally binding document, and it doesn't take into account certain economic factors.

"Job (creation) isn't considered here," Giroux said, "(and) with the expansion of the pipeline, there is reasonable grounds to expect (Western Canadian Select) will be able to sell at a slightly higher price than it currently is."

The PBO believes that's why Ottawa isn't considering changing its plans quite yet.

"There could be a private sector operator that comes along in a few months or years, who decides that our assumptions were too pessimistic and decides to offer to the government more than what it has paid to buy the pipeline and expand it," Giroux said.

Environmental groups were quick to point to the PBO's report Wednesday as proof that the federal government should never have purchased Trans Mountain in the first place.

“The federal government is losing money on the pipeline whose profits they promised would pay for green energy,” said Keith Stewart, senior energy strategist for Greenpeace Canada.

“Rather than pouring billions more into a money-losing, climate-destroying pipeline that only benefits oil company bottom lines, let's spend it directly on green energy solutions that help Canadians avoid pain at the pump while fighting climate change.”

But the Canadian Association of Petroleum Producers, an industry lobby group, said the current global energy crisis that has been exacerbated by Russia's invasion of Ukraine proves the importance of the Trans Mountain project, as the pipeline will help to link Canada's oil to its allies and trading partners around the world.

“In a world that is running short on energy and in need of safe, secure and responsibly produced oil and natural gas, the Trans Mountain expansion is more important now than when the project began construction,” said Lisa Baiton, CAPP president and chief executive, in a statement.

“The Trans Mountain expansion will play an important role by helping to ensure the long-term stability and future of our industry, provide sustainable energy security for Canadians and make significant contributions to government revenues through taxes and royalties as well as good paying jobs for Canadians,” said Cenovus spokesman Reg Curren in an email.

-With files from The Canadian Press

Three men who disappeared after planning to rap at a Detroit party were killed by multiple gunshots, police said Tuesday, five days after their bodies were found in a vacant, rat-infested building.

A report from British Columbia's coroner says a prominent anti-vaccine and COVID critic died in 2021 of a drug overdose, although he also tested positive for the illness post-mortem.