'The power of this telescope is only limited by our imagination': Calgary scientists thrilled by Webb images

'The power of this telescope is only limited by our imagination': Calgary scientists thrilled by Webb images

Scientists and space buffs around the world were glued to the NASA roll-out of images from the James Webb Space Telescope Tuesday morning.

Calgary astronomer Don Hladiuk was decked out in a hand--made James Webb shirt, and even sporting James Webb commemorative socks, as he watched NASA scientists unveil images of deep space like none ever seen before.

"It makes me think just how beautiful this universe that we live in really is," said Hladiuk, who was particularly struck by the image of the Carina Nebula with its towering clouds of gas and dust, with new stars forming among them/

"And just imagine that there could be new planets forming around these young stars, where life could form. To me, it just brings this brings us all together," Hladiuk said.  "We are made from star stuff, just like what's happening in other parts of the universe where these young stars are forming. This is how we came to be here on our planet Earth out of a gas cloud full of dust, forming planets, stars igniting. I mean, it really to me, connects us to the universe in which we live."

While the images released Tuesday are just the first of many the telescope will send back over its expected decade-long mission in space, Hladiuk said even these first images will forever change the way humans view the universe, and our place in it. 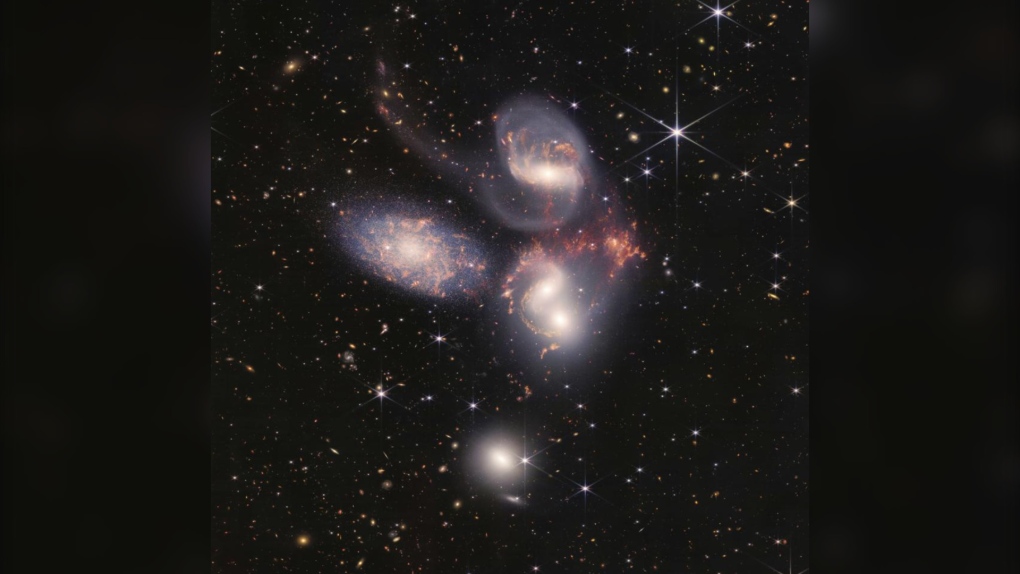 “I can guarantee astronomy books will be rewritten," Hladiuk said. "Once this data is studied and more information is released over the coming year, there's going to be so many more targets examined."

“I just cannot wait. The power of this telescope is only limited by our imagination.”

The images released by NASA were taken in the infra-red spectrum, which allows a clearer view of deep space through the cosmic dust that permeates much of the universe.  They are colour-enhanced for release to the public, giving them a strikingly beautiful, almost fine-art quality.

Despite their beauty, University of Calgary astrophysicist Dr. Phil Langill said the image he found most compelling was a graph showing the composition of the gas giant exoplanet Wasp 96b, which indicates its atmosphere contains water.

"The hard part of answering the question, ‘is there a possible environment that could support life on that little dot?’" he said, continuing, "doesn't come from an image, it comes from a spectrum.  That spectrum is a very boring thing to look at for most people, but it contains the most critical information about questions like that.”

With the ability to look so deep into space Langill hopes the James Webb Space Telescope will push up against what scientists call the ‘cosmic dark ages’, a period between the big bang, and the point galaxies began forming. In doing so it pushes science closer toward philosophy, in its attempt to answer the fundamental questions of the universe. 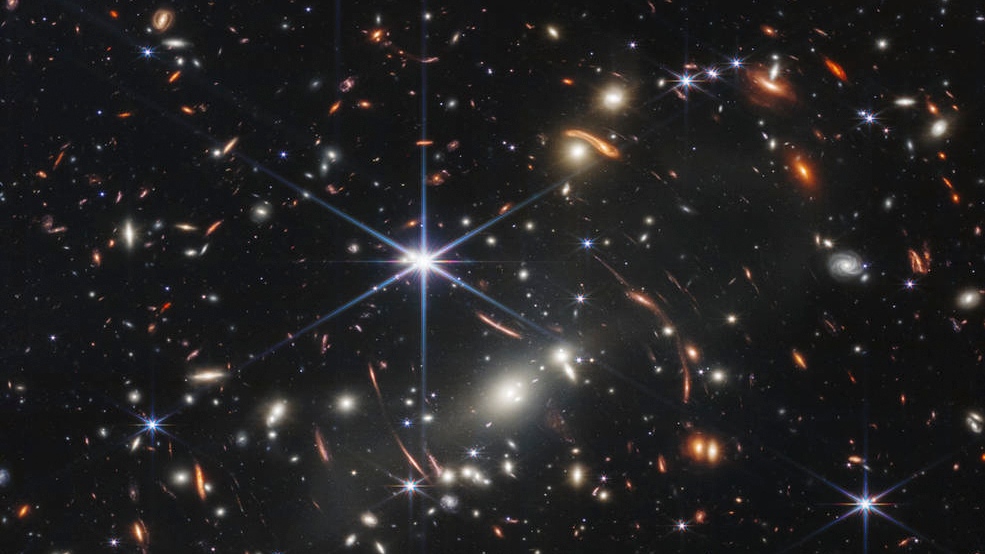 "It's just going to launch everybody in all sorts of different fun directions to figure out the universe. (Questions) like, why is it there? And how did it form?  And what's going to happen next? And look at all those stars!" said Langill.

"And then of course, there's always the question of what's out there from the perspective of life and civilizations and things like that."