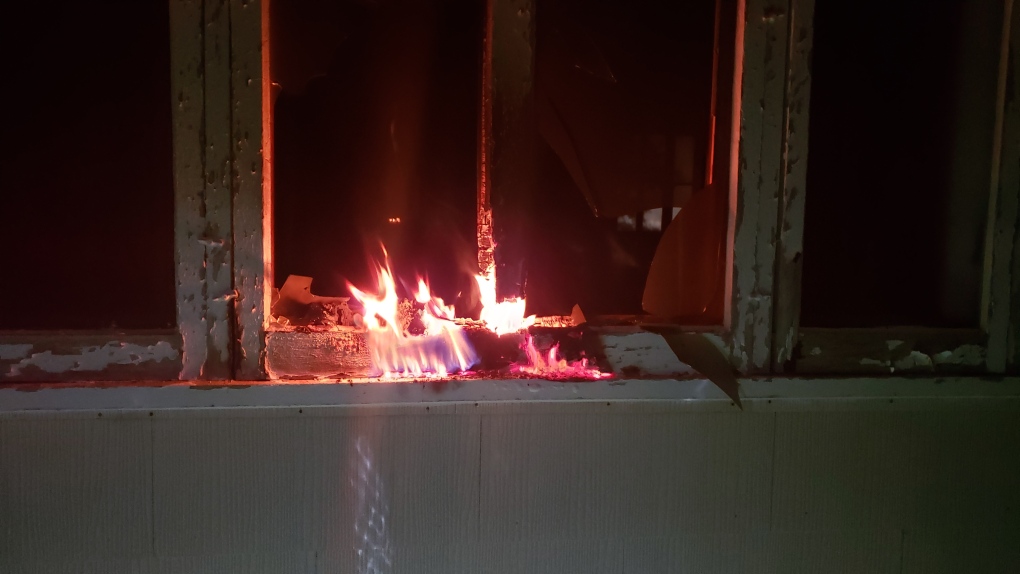 Photo of the fire that was deliberately set at the Siksika First Nation Catholic Church. (RCMP)

CALGARY -- Gleichen RCMP are investigating after a fire early Monday morning at a Catholic church on the Siksika First Nation.

Police were notified around 12:30 a.m. about a fire at the Siksika First Nation Catholic Church, which is located on Map 8 of Siksika Nation.

Early investigation indicated that the fire was set deliberately.

The Siksika Fire Department was able to extinguish the fire before any significant damage was done.

No one was in the church at the time of the fire, and no one was injured.

The provincial fire investigator and Gleichen RCMP continue to investigate the incident. Police have not identified a suspect or determined how many were involved with the fire.

There's no indication that any of the fires are related to the discovery of the children's remains in Kamloops and Saskatchewan.

Anyone with information is asked to contact Gleichen RCMP at 734-3923, or your local police station. Anonymous tipsters can contact Crime Stoppers at 1-800-222-8477, online or by using the P3 Tips app available at Apple or the Google Play Store. 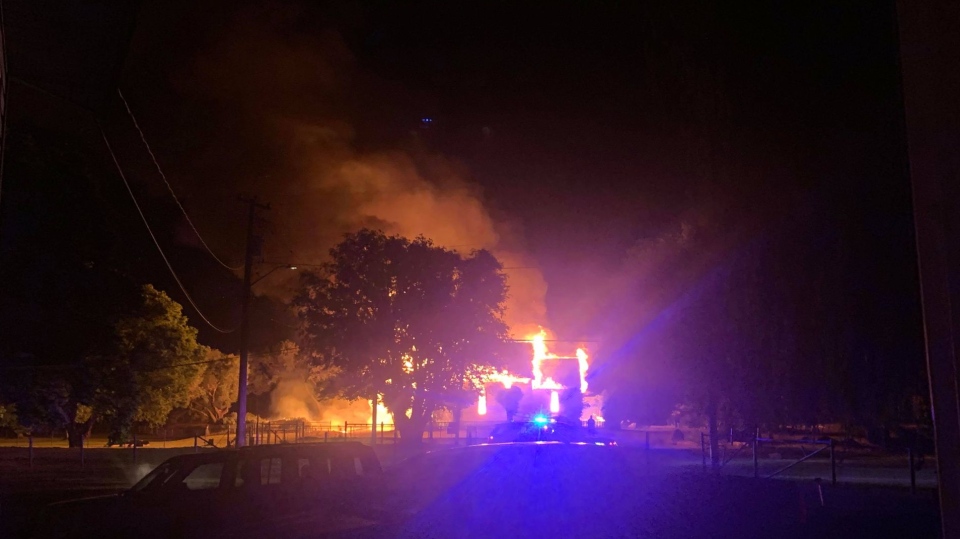 WATCH: We're in for some rough seas in steel: Stelco CEO
_

WATCH: Amid brutal conditions, Oklahoma rancher says he's in a race against drought
_

WATCH: Gold is near its bottom, expect run to US$1,750: Scott Bauer